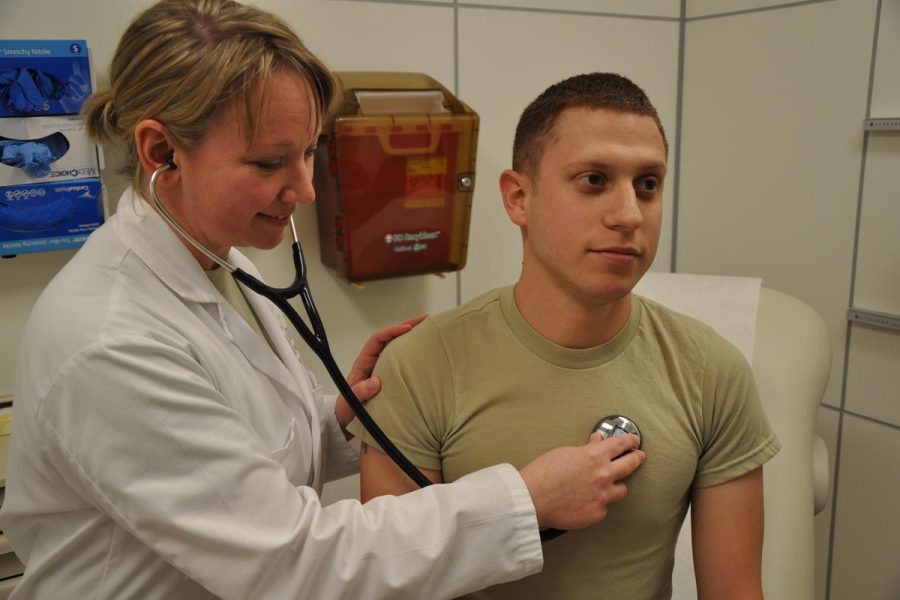 Why The Doctor Uses Stethoscope?

Most doctors wear the stethoscope around their necks. In fact, the instrument is assumed as the most potent symbol of the medical profession. However, not many of us still know why they are worn, or what kind of sounds they help to produce or help listen to? We, however, know the stethoscope is developed for auscultation or for listening to the sounds produced by the body.

Further, we also know that this instrument is used to listen to blood flow in the peripheral blood vessels and it helps doctors listen to the heart sounds of fetuses in pregnant women. Basically, it helps detect or study heart, lung, stomach and other sounds produced in the human body for clinical assessment.

The doctor can use a stethoscope to study various things, including –

Features of a High-quality Stethoscope

A high-quality stethoscope is supposed to have a range of standard and helpful features to let doctors hear the body sounds in a clear and hassle-free manner. A top Littmann classic iii may not have the same design or materials like others, it will nonetheless deliver impeccable results.

Some of major features include –

Kinds of Sounds produced by the Stethoscope

We know the instrument is used for listening to body sounds but not sure exactly what kind of. The sounds thus produced inside the body give an indication about the health of the patient.

The doctors listen to basically three types of sounds, including –

The doctor uses the instrument to listen to the sounds produced by the heart. So, the beating of the heart or lub-dub sound is listened to. Heart murmurs or whooshing sound is also listened to.

The doctor will listen for crackles and wheezes when examining the lungs using a stethoscope. Normal lungs do not have these sounds and its presence indicate some health concerns and call for further medical consultation.

The doctor will also listen to the gurgling sounds of bowel activity using a stethoscope. These sounds are very normal and the body produces them due to the constant movement of food and gas.