The politics of diversity have been fraught lately. Actually, they’ve always been fraught, but it’s really gone up a notch thanks to the presence of literal Nazis marching in towns like Charlottesville, Virginia. Go just about anywhere on the Internet and you’ll find comments accusing public figures of “playing the race card” or being “politically correct.” But the truth is, diversity is important. It’s always been important, and it’s especially critical for businesses who want to develop the strongest workforce possible.

There was a time when middle-to-upper class white men dominated the workforce. For more on this, see the TV show “Mad Men” and look at how everyone who wasn’t a white guy was treated. Women and minorities did not have an easy time of things. Things are better now, but they are by no means completely fixed.

The “good old days” were only good for a very select few. More and more companies are realizing that and trying to position themselves as places where people from all sorts of diverse backgrounds can find a comfortable working environment. The Equal Employment Opportunity Commission exists specifically to investigate discrimination claims against certain protected groups. It’s by no means a perfect system, but the EEOC is an acknowledgment of the fact that workers should play on a field that’s as close to level as possible.

There’s evidence that hate crimes against certain groups have gone up in the past year or so. It’s hard enough for a  Muslim woman in a hijab to walk down the street nowadays without facing potential harassment; which makes it especially vital that she feels comfortable at work. It’s simply the right thing to do, and it’s also against the law to discriminate against a worker because of their religion. A hiring manager who tells an applicant, “We’re not going to hire any Muslims” is opening themselves up to legal liability. 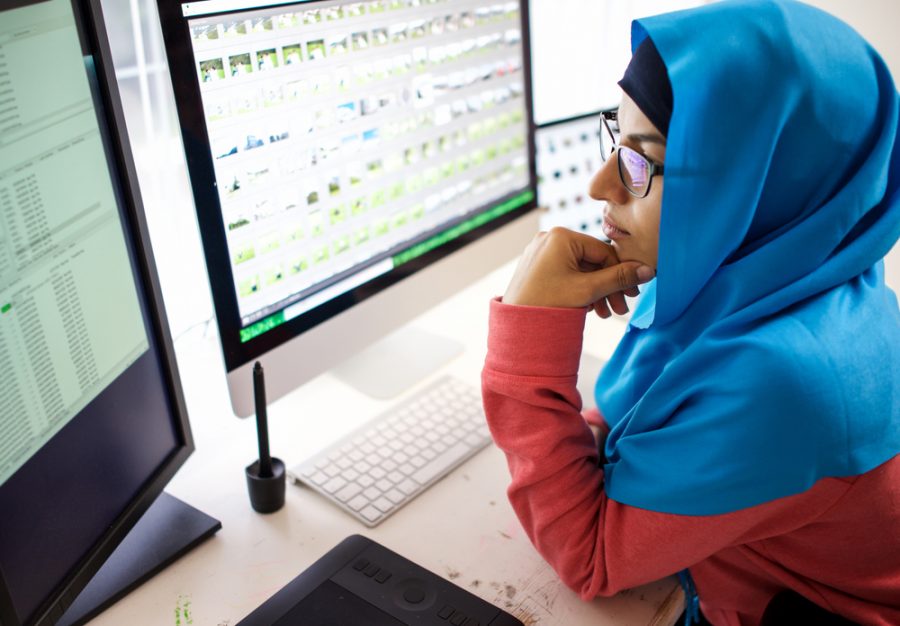 Not everyone has had much exposure to other cultures and lifestyles. It doesn’t make them bad people, though it does mean they would probably benefit from some diversity training. Such training is beneficial to the whole office, as it reminds them that regardless of traits like race, religion, gender identity, and sexual orientation, we’re all in this together. If a coworker needs help with a project, it shouldn’t matter if they’re gay and you’re straight, or if they’re Christian and you’re an atheist. Ideally, you’re all on the same team, working toward the same goals. Having a variety of perspectives helps you reach those goals faster.

One group that is often overlooked in discussions of diversity? Adults with intellectual and developmental disabilities. In generations past, women who gave birth to a child with Down syndrome were shamed and told that they had better send the child to an institution. That era is over now. That’s thanks in part to an increased awareness of diversity, and the acknowledgment that even people with disabilities are still humans who deserve to find happiness. Many cities and states have non-profits dedicated to supporting adults with intellectual and developmental disabilities. Such organizations run programs that help their clients find appropriate homes and jobs, among other things. Increased visibility is vital to such causes, as it shows the public there’s nothing wrong with being different.

Support for gay rights increased once society began to see more openly gay people on TV and in the movies. Representation does matter. It opens up worlds that people believed to be inaccessible previously. While there was some outcry on the Internet once BBC revealed that the next iteration of Doctor Who would be played by a woman, there were also plenty of little girls who were excited to see a woman portraying such a strong character. The world gets a little wider once something like that happens, and it’s a great thing to see.