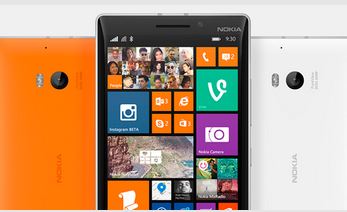 Why Choose Windows Phone Apps For Your Business?

Since the launch of Windows phone in 2010 they have been steadily rising in popularity and have gained a significant following in the global market, especially when it comes to customers looking for a phone for business use. In this blog we will focus on reasons why you should consider developing Windows Phone apps for internal use by your staff.

Blackberry essentially invented the concept of mobile device management (MDM), so became the first choice for business use. However in recent years Blackberry’s failure to keep up with the competition has resulted in its decline in use.

Windows phones are quickly becoming the natural choice for a ‘corporate phone’ as many Enterprises have adopted the Microsoft ecosystem. These days when it comes to choosing a smartphone buyers don’t just consider the handset but they also look at the ecosystem in which it lies, desktop, tablet, mobile etc. This has come to be a major factor in the final decision of any smartphone.

As many UK businesses use Microsoft’s Windows operating systems on company laptops and computers, Windows tend to have the upper hand when it comes to phones for business use, simply because the interface is so familiar. Microsoft is keen to keep the Windows operating system experience as consistent as possible, rolling out updates fairly infrequently, but in bulk meaning all devices:  desktop, tablet or smartphone should get updates within a short space of time

For businesses considering investing in internal mobile apps for use by their workforce, there are a number of benefits in choosing to develop using Windows. With the recent launch of ‘Universal Windows Apps’ Microsoft is beginning to unify apps across devices. This is good news for businesses seeking Windows mobile app development as the code is largely re-useable meaning that apps can be built in quicker time frames and at a significantly lower cost.

Device-wise Microsoft offers a wide range of devices at very reasonable prices. Devices that run iOS are notoriously expensive, while manufacturers such as Nokia and HTC have introduced a range of devices into the market that are retailing at all ends of the spectrum that cater to almost any budget.

The variety of devices available from Windows allows small businesses, which may not have the same extensive budgets as bigger companies, to have systems that are similarly innovative in design.

Microsoft Windows is the market leading Operating System with mature tools, such as .NET for developing Windows Phone Apps. With the addition of Universal Windows Apps this makes Windows App development the most cost-effective way of developing functional and friendly bespoke solutions for your mobile workforce. By using Microsoft technology, integration with your back office, corporate systems and security is proven and reliable.

For companies using the Microsoft ecosystem it makes sense to develop a Windows phone app. If you are not considering it right now, it most definitely needs to be on your mobile development road map to fully utilise your business investment in Windows.

Jack Parker has been the Head of Business for Objective IT since 2013, a software development and IT consultancy company based in Great Baddow, Essex. Jack is a media graduate and accountancy student with an enthusiasm for the latest gadgets, Jack brings business nous and well researched opinions to the table.