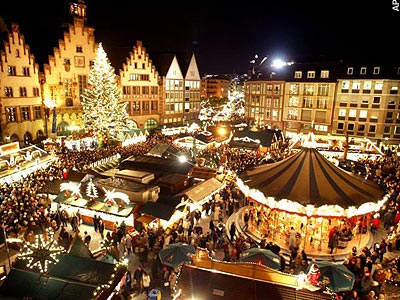 College is supposed to be hard, and if you are a physics student, medical student, or studying advanced math or science then it really is. Even if it is not hard and you are breezing through it, the holidays are a welcome break. Plus, in America, Australia and most of Europe the holidays mean time off. They are not times you are supposed to pray for a week or times when you are supposed to stop eating during sunlight hours. Our parts of the world have holidays when you can put your feet up or party down and nobody gives you a guilt trip about it. Here are the top five.

It is a time when even the police go a little easier on you, and there are plenty of parties to the point where even the nerds are invited just to make up the numbers. Some people would rather see this holiday appear at the bottom of the list because they do not like the stuff that goes on or are not invited to the parties–but each to their own opinion. Most students would agree that spring break rules.

A time to go home and have a big meal instead of two pot noodle per day. A time to lie about how well you are doing to your father and keep it a secret when granddad slips you $20. A time to be told by your aunty that you are too thin or too fat, and for your mother to look at you worriedly every time you say something original because she assumes you have been drinking.

Why is it a great time for students? Because, you get to be the centre of attention for a few minutes before they move on to Cousin Barry’s corns and the end of his running career. Plus, the food is good and you do not have to worry about paying people back for it. Plus, it is home cooked, which means it is the first time all year you haven’t eaten something from a square box or with a peel off lid. There is also the cash bonus you get when granddad slips you some of his pension and your mum gives you money with the expressed instruction that you do not buy drugs with it.

Christmas as number three? Yes, Christmas comes in at number three because it has its dark side. You get the Christmas parties, the presents, the food, the money and the new clothes that you don’t think you will wear until laundry day comes and suddenly they are “not” so unfashionable.

But, there is a dark side, such as having to spend extended time with the family during a time in your life when you have the least in common with them. There is buying other people presents when you keep having to sow the lining back into your coat. There are the Christmas stories that often involve hearing about how well other people are doing, and there is the tearful goodbye from your mum, even though she has spent all Christmas telling you how you need to smarten up and fly right because college is expensive.

It’s a day when men can dress as Thor and Iron man and be loved instead of laughed at and picked on. Only in America, can they take a holiday for kids and turn it into the party highlight of the year.

The eye candy alone during this time of the year is superb, and Halloween is only really celebrated in North America, so there is a special American feel to the whole area. The straight student scene is one of parties, dressing up and having fun, and the gay scene is one of going all out with your costumes and getting invited to more parties than you can handle.

This is a real tough decision, which is why New Years Eve and July the 4th both take fifth position. New Years Eve is often expensive for a student, but the fact that everybody is looking to have a good time without causing trouble makes it all worthwhile.

July the 4th has many of the benefits of thanksgiving but it is more toned down and a little less mired in must-do tradition. It is great because there are also fireworks and it is the middle of summer so the weather is often quite nice. It may not be the big celebration that Thanksgiving is, but it is still fun and at least on par with New Years Eve.

Tags:educationholidaysstudents
previous article
Building Your Own Meditation Room
next article
Keys To Buy Some Running Shoes

How To Study Smart, Not Necessarily Hard 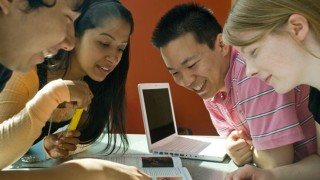 The Dark Side Of “Student Life” Investment