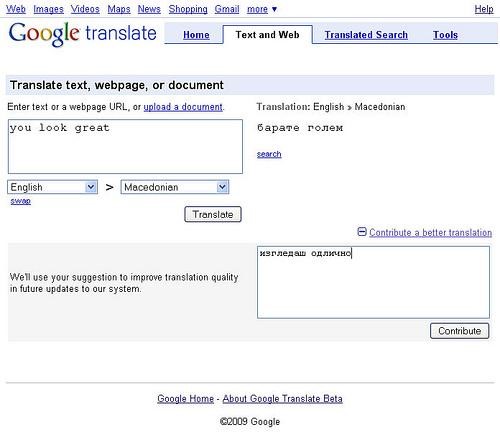 Where Language Translation Tech Is Headed In 2017

Have you ever imagined traveling the globe without a language barrier? Well, imagine no more as translation technology allows you to more easily communicate with people in their native language. You now have the freedom to explore places that you might have missed otherwise because you didn’t speak the language. Learn about some of the latest items in language translation tech to help you on your journeys.

To start translating with Google, look no farther than your own smartphone. Google’s translation app renders extra devices completely unnecessary — a bonus if you’re trying to travel light. Download the app to your Samsung Galaxy S7 Edge, speak or type the phrase you want translated, and get your translation returned instantly.

Testing has further shown that Google Translate rivals the abilities of human translators, so you know you’re getting translations you can count on. It supports more than 100 languages, with half of those still available offline.

Due to reach the market late this summer, Pilot by Waverly Labs promises a major innovation in translation technology. The abilities of the wireless headset are often compared to the types of gadgets we’ve seen only in sci-fi circles.

Each speaker wears an earpiece. The Pilot smartphone app records the speech, which translates what a speaker has said, piping the communication into the ear of the other person. At launch, Pilot will support English, French, Italian, Portuguese, and Spanish translation with plans to expand to include more languages.

Users can also translate group conversations with the device as long as each participant has the Pilot earpieces and uses the app, which requires a data connection. Combine the fast processing speed of the Galaxy S7 Edge with T-Mobile’s reliable international plan, and you can use the Pilot anywhere in the world to get the best possible translation. And with one of T-Mobile’s international plans, you can connect to local networks in various locations without suffering from roaming charges that can add up quickly on your phone bill.

Skype isn’t only useful for video conferencing and distance calling anymore. The popular online service has expanded to include video and messaging translation. If you’re a Skype user, you’ll already know how to use this video and message translation offering since it works like a standard Skype call would. All you need to do is download Skype to your desktop or Samsung Galaxy S7 Edge smartphone, and you’re set to go.

The QR Translator is an online service targeted at businesses to help expand their ability to communicate with international customers. To use QR Translator for your business, simply launch the app, scan the QR code that’s posted, and gather the information you can find stored in the code. The app then translates the language used in the code to your preferred language. Plus, QR Translator supports 36 languages with each individual code, which can offer you translation capabilities for 15 different languages at a time.

SpeechTrans offers online services and wearable devices for your language translation needs. For its wearable options, such as the Bluetooth Wristband Watch, the translation method is similar to other competitors you may find on the market. However, the watch itself can also connect you to a live human interpreter in one of 144 languages. The device itself translates 44 languages, making it an ideal item to take with you no matter where your travels may take you around the globe.

With all the devices and products that the translation technology market has to offer, travelers can take advantage of a wealth of options to help them fully embrace their destination. Whether they’re soaking up the local culture on vacation or dealing with business clients overseas, language translation tech can help people more deeply experience the power of global communication.