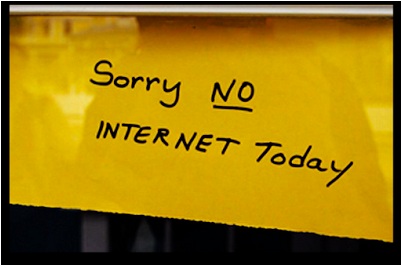 The internet is so essential to modern life that if it were to suddenly stop operating entirely, the consequences would be disastrous.

Aside from the economic damage that the internet’s termination would cause, the social and cultural ramifications would be catastrophic.

A good indication of how important connectivity and the infrastructures that support online interactions can be are the costs that are associated with any downtime suffered by businesses following an IT outage.

For example, in the 12 hours of unplanned downtime that Apple suffered in March of 2015, during which period customers were incapable of buying movies, music or apps from the tech giant, analysts estimate that the firm lost out on $25 million (£16.8 million) in sales.

Even smaller organisations which rely on e-commerce sites to sell products and services to customers can end up paying the price for any disruption to their online presence. So blanket internet outages would be calamitous for any and all regions and nations impacted.

In fact the Apple example is apt again, because downtime not only impacts the company as a whole but also the thousands of third party developers which rely on its central e-commerce infrastructure to sell their content.

While the internet may seem like a fragmented, leaderless digital representation of the real world, there are actually a small group of people in control of some of its most important assets. With seven members, the group is responsible for the DNS (domain name system) which allows websites to receive dedicated addresses rather than solely being assigned numeric IPs.

The DNS is important because it means that businesses and individuals can purchase and promote online brands, securing a .com or .co.uk URL rather than having to spread the word about their products and services by providing customers with a string of difficult to remember digits.

Ensuring the security of the DNS is a key role of this group, which is why regular meetings are held to make certain that the keys that allow for the authentication of addresses to remain uncompromised.

Of course short of another world war, it is highly unlikely that anything will cause the internet to shut down completely. Which is why businesses need to take precautions to ensure that their online presence is not compromised by any form of localised outage, or indeed that their reputation is tarnished by any security slip-up or other design flaw.

For organisations in Taunton web design offered by firms like interface.uk.net can be invaluable when it comes to improving visitor engagement, boosting conversions and limiting the likelihood of outages occurring.

A well optimised website which is both secure and designed to be intuitive to use across desktop and mobile platforms will be a major asset for any business. Meanwhile preparing for downtime by putting continuity measures in place will help to cut down on lost sales and stop a short term issue blossoming into a long term problem.