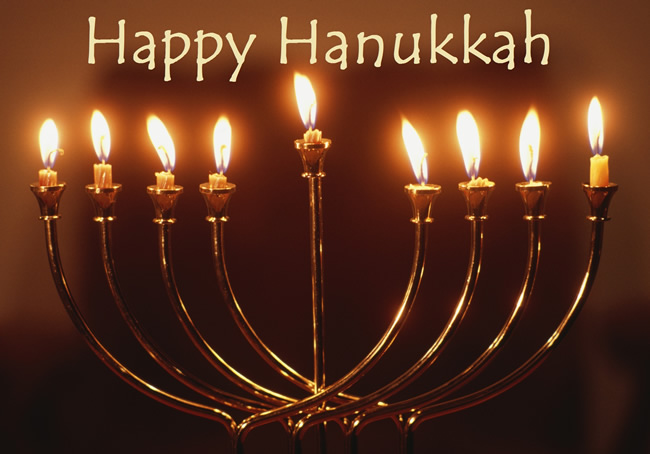 Understanding The Beauty And Mystery Of Hanukkah

I grew up in a Christian household. I lived in a small town full of churches but no synagogues. I was probably in college before I met someone of a non-Christian faith. And yet I have always been fascinated with the story of the Hanukkah Miracle.

Asking someone to explain Hanukkah to you is like asking you to explain Christmas. Christmas is … well, Christmas. And Hanukkah is Hanukkah. So it is best to break the holiday down into its fundamental elements to fully explore its meaning.

Hanukkah is the Jewish word for “dedication”. The story of Hanukkah dates back to ancient times when the Syrian-Greek emperor Antiochus made practicing Judaism an act punishable by death and transformed the Jewish Temple into an alter for the god Zeus.

After the Maccabees liberated the Temple from the Greeks, it had defiled by animal sacrifices and other practices banned from the Jewish faith and was unfit for worship. A menorah was ordered to burn in the Temple for 8 days in order to cleanse it again for the faithful, but it was discovered that only one day’s oil remained in the Temple.

The menorah was lit anyway, and to everyone’s amazement, it burned for the full 8 days. Today this is known as the Miracle of Hanukkah.

The traditions of Hanukkah are built around that miracle in the Temple. The Hanukkiyah menorah holds 8 candles for the 8 days of Hanukkah and a central candle. This candle, known as the shamash, is used to light the other ones during the holiday. One candle is lit the first night using the shamash, then two the following night, etc. until all 8 candles are lit on the final day Hanukkah to commemorate the 8 days of burning oil.

Another tradition of Hanukkah is the playing of Dreidel. Dreidel is a four-sided spinning top with Hebrew letters on all sides. It also dates back to the days of Emperor Antiochus when it was illegal to gather to study the Torah or conduct any other acts of Judaism. The playing of Dreidel was used as a ploy when soldiers passed too close to practicing Jews to mask their true intentions. Today it is used by children to win gelt, or gold wrapped coins of chocolate.

A holiday is not complete without traditional foods to share and enjoy. As Hanukkah is tied to the miracle of the oil in the Temple menorah, Hanukkah foods are traditionally those fried in oil. They include such specialties as sufganiyot (jelly filled donuts) or latkes (potato pancakes).

The Middle Ages introduced the practice of including dairy foods like cheese, cheesecake and blintzes following the story of Judith, a great beauty of Babylonia who saved her people by slaying an enemy general after getting him intoxicated on wine using a salted cheese as bait.

No holiday is complete without music, and while everyone can enjoy the non-secular classics of Here Comes Santa Claus, Frosty the Snowman, or Grandma Got Run Over by a Reindeer, it is the haunting beauty of the traditional songs like Ma’Oz Tzur; Hanukkah, Oh Hanukkah; I Have a Little Dreidel; or Sivivon, sov, sov, sov amongst others that puts one in the appropriate holiday spirits.

And Hanukkah, like Christmas, is so much greater than the sum of its parts. It is the time of year when families are gathered, traditions shared and memories made. It is a “dedication” to the religion, to the past, to the traditions and to the future.

So gather your family together and enjoy this holiday season. And in its truest meaning, try to remember those less fortunate than yourself and lend a helping hand to people who may be struggling this time of year.

Karen Foley is a freelance photographer and writer. See more of her work at karenfoleyphotography.com.

previous article
Small Ways To Educate Yourself
next article
A Pet Dog Can Be Your Lifelong Friend.