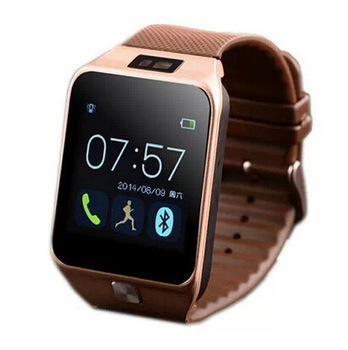 Other than being appealing visually on our wrist, smartwatches should also be able to carry out its intended functions, while being very reliable. Smartwatches have different screen types, touchscreen LCD screen or e-ink display. Each display type has different advantages and drawbacks. Each has direct consequences in terms of function and reliability. Some people could think that smartwatch isn’t supposed to be equipped with touchscreen functionality. Jabbing at those tiny interface elements at the screen could be quite annoying. In addition, small display won’t be able to show plenty of information. In reality, touchscreen display isn’t an essential requirement for a smart device. Regardless, a touchscreen display would significant usability to a smartwatch.

Pressing physical buttons repeatedly feels so 1990’s and in general, touchscreen display is already significantly ubiquitous. However, the added usability would be negated by the higher power consumption. It is obviously wonderful to get a touch-based functionality, but it won’t be too helpful if need to do this every a couple of hours. When choosing new gadgets, it can be tempting to get devices with more and more functionality. We want to get more features compared to the next model. As an example, some entry-level models may not include a microphone, which can transmit voice call to the paired smartphone in our pocket. However, microphone would degrade the reliability of a smartwatch and the small hole could allow moisture to penetrate the interior causing multiple problems.

Some smartwatches mdels are equipped with a clip on the back, although this makes the smartwatch more convenient, this will add to the thickness. Regardless of our choices, there are compromises that we need to make. Just like everything else, choosing a smartwatch model is still a balancing act. Successful models should be able to offer features that many people want. Notifications are essential when we want to choose a smartwatch. In fact, owning a smartwatch is actually about getting frequent notifications. For a start, there should be a good system that shows notifications properly.

On less reliable smartwatch models, important notifications can be skipped and this also affects the overall functionality. Checking the paired smartwatch to see whether there are notifications that are not sent and shown on the smartwatch, would defeat the whole purpose of owning and using it. In addition, notifications should be accessible and informative. Enough essential information should be shown without cluttering the whole interface.

In general, smartwatch is essentially a very small computer. It has processor, storage, RAM and operating system. Just like our desktop PC, it could also freeze up and crash. It means that we should choose a smartwatch model with proven software platform. In some cases, some smartwatches needed to be re-booted due to poor reactions. Less reliable smartwatch will make the supposedly smart gadget less functional than a normal, analog wristwatch. In addition, because users are able to tinker their smartwatch, there is a possibility that the gadget will be bricked.