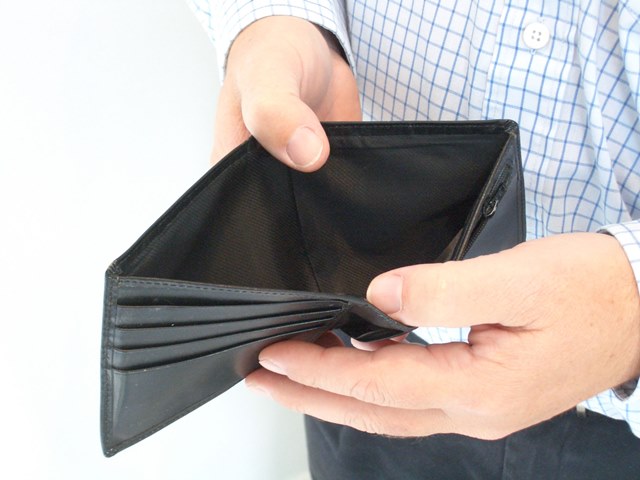 While there is a great deal to be said for the freedom and opportunity that comes with being young, many youngsters don’t feel as optimistic or as cheery about their life as people from previous generations can. There is a growing fear that the level of debt that British youngsters are getting into is on the rise and that this is all set to cause a lot of problems for years to come in the country.

This has been highlighted by the fact that the head of the Financial Regulator in Britain has said that more and more youngsters have to borrow money just to cover their basic costs of living. In an interview with the BBC, Andrew Bailey, who is the Chief Executive of the Financial Conduct Authority, said that while we are not yet at a level of crisis in the country, it is right that there is now a level of worry and concern about debt in young people in the UK. It seems as though there has been a notable change in the generational pattern of income and of wealth.

It used to be that people would get themselves into debt through bad decision making or recklessly borrowing money that they didn’t the need. This doesn’t appear to be the current situation with people actually borrowing money just so they can pay their standard bills and lead a general level of life. This is a completely different situation and while the outcome of increased debt is the same, there is no denying that many people will have concerns about the state of the country where this situation is allowed to happen.

This can be seen in the number of people aged between 18 years old and 34 years old who became insolvent between 2015 and 2016. The figure rose by close to 32% and a number of seaside towns in both Wales and England have been cited as the worst places in the country for debt levels amongst youngsters. Places like Scarborough, Torbay and the Isle of Wight were all listed as areas where youngsters are packing on debt just to pay their standard bills that arise every month.

There may be situations where people need support in the short term, perhaps dealing with an unexpected bill or taking care of a situation. In this case, you can see why a short term loan can make sense because it can smooth the process out or allow people to remove a problem before it becomes too big. However, when a person is having to borrow every single month in order to pay their bills, it is a very difficult situation and you have to question whether a loan is a sensible option.

It is important to not demonise loans because in many instances, this is the best solution to a financial issue. However, it isn’t the only issue that people have to deal with and it may be that there are many other ways that should be turned to first in order to have a positive impact on life and on a bad situation.

There are hopes that a new bill which promises to provide more breathing space to youngsters in the UK these days will help out, but there is still a need for a lot of work to be done. If youngsters are saddled with debt before they start out in life, they may never reach their full potential and this would mean that the entire country would suffer in the long run.

Debt is debt so it is not as if anyone is saying that youngsters with debt should be treated better or worse than middle-aged or old people with debt, but there is a need to realise that a growing number of young adults are finding themselves in financial difficulty before they start developing their careers or income generating potential. This could have an impact on the entire economy and is an issue that needs to be focused on before it becomes too much of an issue in the future. However, with so many financial issues and concerns facing the UK at the moment, it may be difficult to provide this matter with the focus and attention it requires.