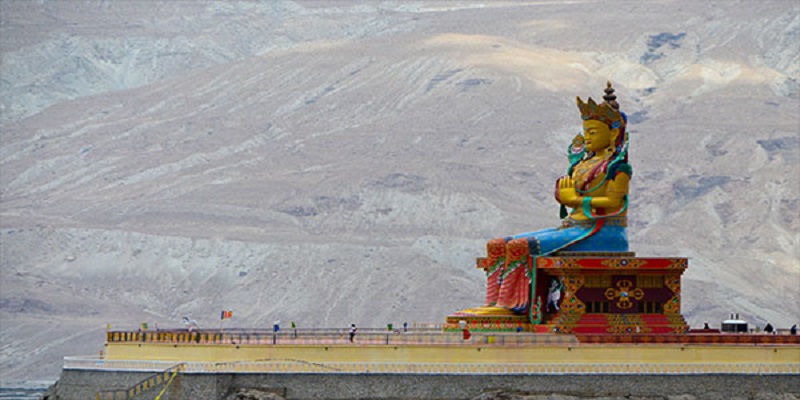 Tibetan and Ladakh Kings History – The Saga Of Mountain Majesty

Ladakh, one of the important districts of Kashmir came on the pages of history from the 7th century. Initially though Ladakh had been influenced by culture of Kashmir, as it is evident from the wooden crafts and the statues of Lamayuru and Alchi monasteries, gradually Tibetan influence became more prominent in the region.

Tibet was a major military power in Central Asia at this time and Ladakh was under the rule of Tibetan monarchs. Buddhism had a conflict with the Tibetan religion of Bon and kings like Ralpacan levied taxes to encourage Buddhism and gradually Buddhism became a major religion of Tibet.

Ladakh was under Tibetan rule for a long span of time. The change in the religion of Tibet also had a great influence on Ladakh. The period of 10th to 15th century witnessed increasing Buddhist and Tibetan influence and you can find several books written on Tibetan Buddhist religion at Ladakh at this time; Buddhism became the state religion. The monasteries constructed at this time at Ladakh used to send their novice monks to Tibet for better understanding of Buddhism and hence the influence of Tibetan Buddhism is still prominent in Ladakh.

Ladakh had never encouraged the rule of religious gurus as political rulers, like the lamas at Tibet and hence the kings who ruled Ladakh from 1533, were distinct from the Buddhist monks and priests. A new sect of Buddhism evolved at the land of Ladakh under the leadership of the famous Buddhist commentator, Tsong-Kha-pa, known as Gelug Pa, meaning yellow hat.

Under the reign of the Namgyal dynasty, Buddhism flourished at Ladakh. Singe Namgyal, one of the rulers of this dynasty engaged himself in the renovation of the old monasteries and also constructed the moasteries of Hemis Gompa, Stagtshang Raspa, Stokna and Chemre gompas. The beautiful Leh Palace was also constructed during his reign. His grandson, Deldan Namgyal established the idol of golden Buddha at the Shey monastery and till date it is the largest metal statue of Ladakh tour Packages.

Kashmir by this time had been under Mughal influence was transformed into a Islam state and the alliance of Deldan Namgyal with the Kashmiri rulers gave birth to the mosque of Ladakh. The 18th and 19th century rulers of Ladakh were under the heavy influence of Tibet and customs of primogeniture was introduced to determine the ruler and the younger brothers of the ruler were sent to monasteries.

The kings of Ladakh also initiated the present headman process of villages; the kings used to appoint a village head who was responsible for the well being of the villagers. Gradually technology of printing press was introduced at Ladakh to print Buddhist texts, another example of Tibetan influence.

The might of the Buddhist rule at Ladakh came to an end during the invasion of Sikh rule in the 18th century. The royal family of Ladakh shifted to Stok and the Leh palace was heavily damaged by the Sikh army in 1834, under the leadership of the general of the Jammu army, Zorawar Singh.

The British rule brought further changes in the political sphere of Ladakh and it was integrated as one of the districts of Jammu and Kashmir, under the rule of Maharaj of Kashmir. The Ladakh monarchy is still in existence, which has become more like that of a custom. The most recent king was crowned in 1992.

Buddhism still flourishes at the land of Ladakh and trip to India. The colourful monasteries still exist in grace at this snow land, which are treasures of ancient Buddhist manuscripts, books and artefacts.