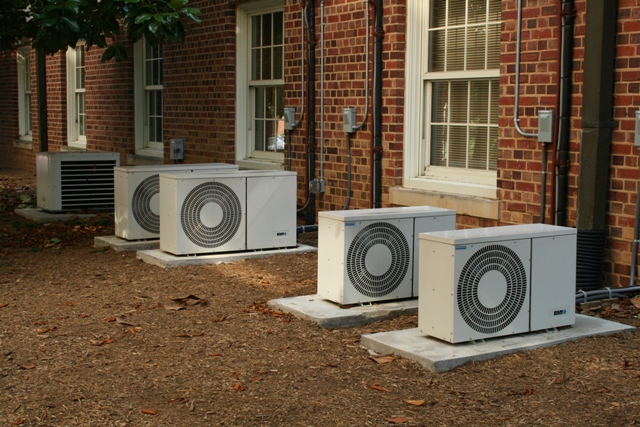 The Mysteries Of Your Air Conditioner Explained

Most of us have them and we use them on a daily basis. Life would be miserable without the presence of one. It’s probably one of the most over-looked engineered systems taken for granted in modern society.

Yes, I am talking about your air conditioning unit.Think about what life would be like with it – there would be many hot days and cold nights, humidity, dust, illnesses, etc.

But for every 100 people who own an a/c unit, probably only one or two actually knows how it works. If you’re interested in understanding the system that provides you with comfort every day than you’ll want to continue reading….

Air conditioners may seem like complex systems, but realistically they only have a few major components necessary for operations. Every a/c unit has a compressor, condenser, and evaporator, with the option for a network of ductwork or not. With these components working outside and inside tirelessly every day, you’re able to have temperature regulation any time of the year.

Air conditioners and refrigerators work the same way – instead of cooling a small, isolated area you’re cooling a room or entire house. Basically, think of an a/c unit as a giant refrigerator with a few more moving parts.

It all starts with a gas to liquid conversion then back again. Air conditioners use refrigerants to chill indoor air by changing liquid into a gas and allowing heat to dissipate within the system, creating room for cool air to pass through the ductwork.  The major parts of an air conditioner manage refrigerant and move air in two directions – indoor and outdoor.

The Most Well-Known, Cost-Effective Approach

All air conditioners work the same way, with a few modifications based on the system. A split system, which is the most common, separates the evaporator from the condenser and compressor – the evaporator is located inside the house and the condenser and compressor are located outside, with the expansion valve as an intermediately mechanism between the inside and outside. With a window unit, all of the components are much smaller and work within one enclosure inside the unit itself.

A split system is one of the most cost-effective approaches to air conditioning and energy efficiencies. Window a/c units work the same way, but by separating the heating and cooling components to outdoor and indoor systems, the split system makes it easier to cool hot air and quieter to occupancies within the building.

During the summer, hot air is sucked into the condenser outside, with a fan that dissipates heat through the top of the enclosure. The air then travels into the compressor, where refrigerant cools the air by pressurizing into a gas. The gas travels inside the home to the expansion valve where it meets an air handler and cold coils that regulate cool air the blower system – ultimately dispersing air throughout the ductwork in the home.

It does sound complex, but ultimately air conditioning units simply transfer and dissipate heat and convert energy into usage cool air for a blower to allocate throughout the home. Thermostats are important to the efficiencies of a/c units because without temperature regulation, the system would lose massive energy potential within the system through gas dissipation without maximizing all of the refrigerator conversion within the system.

Make sure that you have a great thermostat system if you’re looking to increase your a/c units effectiveness and cost-savings.

This article was written by Matthew Hall. Matthew love to tinker with technology and can almost always be found taking something apart and putting it back together. His inquistive mind has made him an expert at learning the ins and outs of all sorts of gadgets. He is also a professional content creator for FacemyerAC.com. To view more of Matthew’s work, you can visit his Google+.

previous article
Is The Air In Your Home Slowly Killing You?
next article
Saving Your Teeth: Can You Replace Or Restore Tooth Enamel?