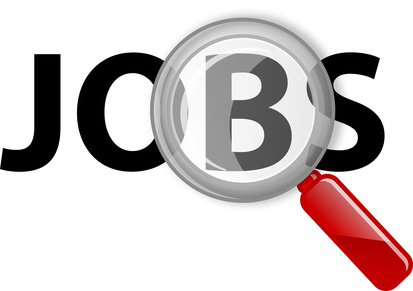 The Ins and Outs Of Job Posting Software In India

Today a large number of software allows users to start their own job portal and in effect, start their own business. The recruitment model followed by online job boards in many other countries is likely to invade the shores of the subcontinent and the development of such an industry in India will likely be welcomed. Job boards bring together employees with certain skill sets and abilities with recruiters who have a requirement for individuals possessing certain characteristics.

Nearly all job portals in India today allow jobseekers to post jobs online without much cost. Most of the revenue earned by such portals is from employers who can only access prospective candidates after subscribing. Many such online job portals have been invaded by legions of placement consultants who work on behalf of companies. The current revenue model of many such consultants is half the salary of any candidate who is hired by a company.

The services of free job posting software in India are widely popular which is why the sheer number of jobseekers on these sites is mind-boggling. According to a survey, as for 2016, the combined number of jobseekers who found jobs through online portal exceeded more than 35 million. In addition to providing services which bring together jobseekers and companies together, such organizations also aid in helping build a better resume. Services such as these allow jobseekers to better showcase their strengths and stand out from among the throngs of other applicants who are searching for jobs in their industry.

Other Features and Benefits

Many of the free jobs posting portals in India have premium memberships for jobseekers as well, such features allow jobseekers to seek employment opportunities from a larger number of recruiters and have features such as a tool to make a resume more attractive to recruiters.  Additionally many such job portals have additional personalization features which allow jobseekers to post attractive photos of themselves along with their resume and other details relevant to job hunting. Most online job posting software is mobile friendly and their mobile app can easily be downloaded from the respective online store.

Most online job seeking software limit the number of jobs prospective job seekers can apply to, often a limit capped at 5 for a particular category. Such restrictions are beneficial to both job seekers as well as to recruiters as jobseekers only apply to jobs they are serious about and recruiters are presented with candidates who are earnest with respect to working at the said organization. To further segregate applicants between those able to command a greater market price and those who are likely to be less valued by employers, a few online job portals provide a select menu option for those who have been educated at the nation’s premier institutes.

Tags:job postingjob posting software
previous article
Top 10 Tips For Delhi Brides To Get In Shape Without Exercising
next article
Learn First Aid And Safety Through This Institute