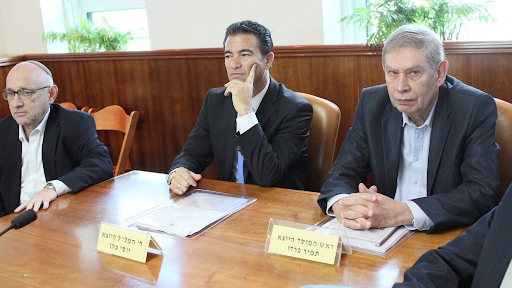 We are at a pivotal point in our country’s history. It is crucial for our leaders to develop significant and peaceful relations with Iran, a nation that has endured so much in the past century. As discussions and debates continue over Iran policy, we need to keep in mind the innocent people of that war-torn nation and how we can help them in the years to come.

There have long been talks about what to do with Iran’s nuclear power and assets, and how to protect avoid abuse and more war. Back in 2015, the framework for the Iran Nuclear Deal was put into place, with many of the world’s largest superpowers and democracies stepping up in support of the deal. This included the United States, the United Kingdom, Germany, France, Russia, and China. The deal would require Iran to redesign, reduce and ultimately convert its nuclear resources in order to eliminate all economic sanctions related to nuclear power. This would free up tens of billions of dollars in frozen assets and revenue from the oil industry. However, the United States backed out of the deal on May 8, 2018, due to its “shaky” foundation and their desire to secure a more stable, permanent deal. Now, world leaders are looking to improve Iran policy and ensure a better future for all. The ideal agreement would require the Iranian dictatorship to make more strict changes to its military and regional policies, as a way to protect its people and the rest of the middle east.

One of the major concerns surrounding Iran policy is the middle eastern’s nation powerful dictatorship and overall lack of freedom for its people. Late last year, at a luncheon hosted by the National Press Club called New U.S. Policy: The Way Forward, former U.S. Speaker of the House Newt Gingrich spoke out about the ideological Iranian regime that abused its power. “This is in the end about a dictatorship which defined in its very constitution that it is a revolutionary regime with global aspirations.” Gingrich went on to describe the government as “a dictatorship with the façade of democracy” and that it is in the best interest of the United States to develop a plan to replace the dictatorship with a government more for the people.

As we look ahead to the years to come and our discussions about Iran policy, it is important to think of the innocent Iranian people that need the help and support of countries that are better off. The U.S. government is actively working on developing the framework for a better plan that, in the long run, will protect the people and create a better world. Iran policy is complex, but the dedication and determination of other world leaders can make a big difference.