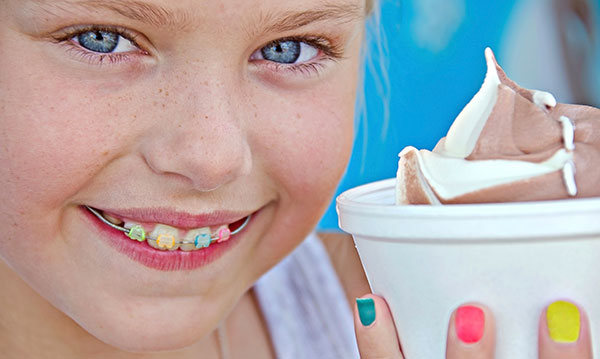 The Evolving Roles Of Orthodontists

The evolving roles of orthodontist have changed since early in the 20th century. This is as a result of changing technologies, improvement of procedures and scientific research that has shaped the current practice to what it is today.

Some of the issues that people face when they have dental problems developed the practice over the last few decades. Because orthodontists are mostly known for the procedure that requires the fitting of braces, many people consider their role to be mostly for the restoration of the aesthetics of the teeth. However, they play an important part in correcting dental problems that can affect the gums, teeth and which can also affect the self-esteem of both children and adults.

Before 1931 the practice was not perceived as purely scientific. However, in this year there were progressive steps that were taken that helped orthodontist change their approach to a more scientific one.

The science of Cephalometry was developed. Cephalometry is the study of the proportions of the head and the face. The cephalostat device would help orthodontists determine whether the head was growing normally and also the position and placement of teeth. It was easier to diagnose dental problems this way.

In the 60’s, radiography would be introduced to improve the science of Cephalometry. Using radiographs orthodontist were able to determine accurately if the angles of the gums and teeth were correct. They made another significant stride in diagnosing their patients and determining if they have dental problems that need to be fixed.

Soon after, computers were used to improve the analysis of the radiograph images. Computers could now create two-dimensional images from a three-dimensional model. Not only did this make diagnosis more efficient, but also made it faster and more affordable.

Some braces were used in ancient civilizations such as Rome and Egypt. In modern times, orthodontists used the first real braces at the turn of the century. They were not in any way similar to the braces we know today. They were materials that were wrapped around each tooth, then connected with a piece of wire to allow proper alignment using the pressure from the wire. At this stage the process was crude and no real scientific procedure was used to align the teeth. There were many unfortunate mistakes that led to the development of other dental issues.

The first breakthrough was in the 70s. Researchers discovered that they could hold the braces together with an adhesive. However, the wires were unsightly, and many people were not comfortable wearing these braces.

Invisalign was later discovered in the late 90s by two individuals who had no previous medical or dentistry background. One of them noticed his teeth started to move when he did not place a clear plastic retainer that was part of his orthodontist treatment. Research would go into this technology and later it was adopted by the public in the early 2000s. Many companies around the world have incorporated the technology.

In the twentieth century, orthodontists were tasked with diagnosing and correcting dental issues. Their role was mainly to manage the issues that patients would come with to their clinics. They would also try to develop technologies to help them diagnose, such as the cephalostat device, and techniques that will assist with the restoration of teeth, such as Invisalign.

Today their role also includes prevention and anticipation of future dental issues that patients could develop. Orthodontists today advise patients to visit their clinics for checkups so that they can pinpoint problems before they occur. The practice is still advancing, and new procedures are being devised to ensure our teeth can be restored and maintained for the duration of our lives.

Written by Dr. Darren Wittenberger, is the best orthodontist Columbia MO has to offer, and owner of his own practice, Advance Orthodontics. Dr. Wittenberger enjoys sharing his expertise to ensure people can maintain the healthiest, straightest teeth possible!

previous article
Things To Know About The FDA’s Fast Track Clearance System For New Drugs
next article
WHY SHOULD YOU CHECK FOR BRUISED KIDNEYS POST AN ACCIDENT?