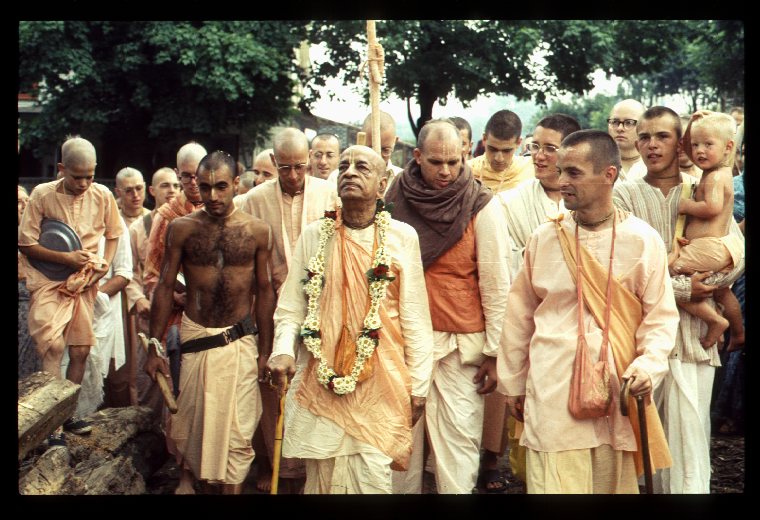 Propagating one’s religion in a foreign land is difficult. This task can be made possible with unbeatable hard work and dedication towards the lord. The same method was employed by Srila Prabhupada. He was a follower of the Hare Krishna movement and the founder of ISKCON. On the request of his master- Swami Bhakti Siddhartha Sarasvati, he went to foreign lands to preach teaching of Lord Krishna to the English- speaking world. He obliged his master’s command and left for the USA, where he had no place to live and a meager amount of forty rupees for his sustenance. In the given text, an overview of the preaching of Srila Prabhupada has been described. 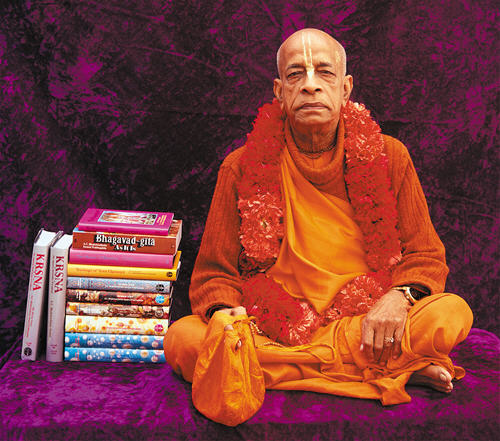 Srila Prabhupada was a supporter of Mahatma Gandhi’s civil disobedience movement, before meeting the spiritual leader Siddharta Saravati. A meeting with Siddharta Saravanti greatly inspired young Abhay. Bhakti yoga impressed him and he became the disciple of Swami SiddhrantaSaravanti. After becoming the disciple, his name changed to Srila Prabhupada. He was a learned man and could speak English fluently. In order to preach teaching of Bhakti yoga to the entire world, his master ordered him to go abroad. He abided his master’s order and set off to New York on a ship. It took him thirty-five days to reach his destination. In New York City, he didn’t have anyone to support him physically, mentally and monetarily. He faced many hardships in fulfilling his master’s commands. Through absolute hard work and sincere dedication towards the holy lord Krishna, he made everything possible. Soon people in New York showed interest in his preaching and adopted the Krishna-Bhakti tradition. This was the first step to his success. Later, he established the International Society for Krishna Consciousness for widespread propagation in the country and became the founder of ISKCON. In his teachings, he did not solely focus on Krishna’s devotion but many other factors, which are essentials for spiritual wisdom.

Oneness with the divine lord can’t be achieved solely by enchanting his name or reciting hymns. The thoughts of Srila Prabhupada and his predecessors of bhakti movement were different. According to them, an individual can’t unite with Lord Krishna if he does not abandon his materialistic style of living. Some of the core requisites they focused on are:

Srila Prabhupada focused on becoming fearless as it will help people in releasing their thoughts into practice. According to him, the constant fear of losing or suffering makes an individual incapable of practicing his thoughts and beliefs. Mastering fear helps an individual in ending misconceptions and delusion pertaining to the materialistic world. Adopt this practice and become a true Krishnan.

According to the Srila Prabhupada, there is should be a deep devotion towards Lord Krishna. Merely worshipping and enchanting his name would not be enough Lord Krishna’s teachings should be practiced in the real life. Besides this, the love of God should be pious. It should not be temporary. One should not worship him for the fulfillment of personal desires. Moreover, they should not question the presence of the lord and accept whatever comes into their way without complaining.

These factors are necessary to abide and exercise while attaining spiritual wisdom. Without it, spirituality can’t be achieved.  Srila Prabhupada concentrated on these key areas to propagate Krishna consciousness. If you want to experience spirituality, then visit Iskcondwarka. The teaching of Krishna and Harinaam, will soothe your mind and provide you inner peace.