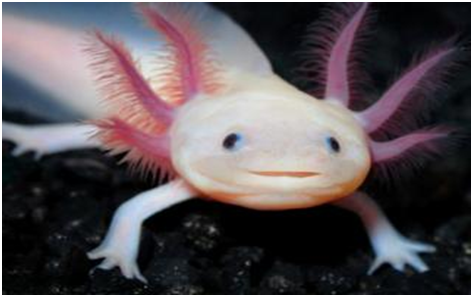 Some of the strangest creatures on Earth

The animal kingdom is a weird and wonderful thing. If you can imagine it, there’s probably a creature like it somewhere out there. Some are cute and cuddly, others the stuff of nightmares. From the land to the sea and the air in between, the natural world is an incredibly diverse and wonderful place. Here are some of the more bizarre creatures you can find around the world:

This unusual but rather cute creature is a species of Mexican mole salamander. Strangely, the larvae never complete metamorphosis and so the adults always remain in an aquatic and gilled state. They originally come from the lake that lies beneath Mexico City and is highly important for research as they have an incredible ability to regenerate themselves.

These critters are infamous for being pretty gross and unpleasant. They dwell deep in the ocean and have some terrible table manners! When they get hungry, they attach themselves to a passing fish, burrow their way into the skin and start to eat the poor fish from the inside out!

Found living in north-eastern America and Canada, this little fella forages for food using its unique 22 mini tentacles that sit on the tip of its snout.

This fluffy bunny originally comes from Ankara, Turkey and was hugely popular among the royalty of France during the 18th century. They most likely used them for fur as they were bred for their incredibly woolly coats. Whatever your favorite animal, why not invest in a Bronze Animal Sculpture? Bronze Animal Sculptures by Gill Parker make a stunning addition to your home.

Seeing one of these would be a rare and exciting sight indeed. These octopi have fins that protrude from their heads that resemble elephant ears, hence the name Dumbo, after Disney’s famous movie about an adorable elephant. They live at very extreme depths and are rarely seen.

This is a very grand name for a creature who often goes unnoticed. You’d have to travel to Australia to catch a glimpse of one of these marine animals. They float in the sea and look just like seaweed. The only way you’d spot one was if you happened to notice it swiveling an eye or flapping its leafy appendages.

This rat gets its name from having an unusually large pouch and legs like a kangaroo. It’s not on its belly though, it’s in his cheeks! The rat’s cheeks extend down to the shoulders and it uses them to fill with food which it then empties back in the burrow by turning them inside out with its paws! 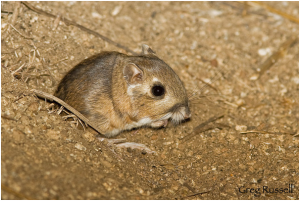 Otherwise known as an anglerfish, this fish has a hairy dorsal spine. The spine is covered with a fleshy part that moves in the water like a marine worm. This acts as a lure for unsuspecting creatures, who the hairy dogfish then devours!

This big-eyed beauty is found in Madagascar alongside lemurs. It is the biggest nocturnal primate with unusual foraging methods. It has a super-long middle finger which it uses to tap on trees to locate larvae. It then gnaws a hole in the bark, inserts its strange long finger and pulls out the food.