There are a lot of accessories on the market for consumers to buy. From polka-dot cases to docks to speakers, there are almost too many choices to sift through. As an independent retailer, how do you know which ones will get off of your shelf and which will get dusty? I’ve compiled a list of the most frequently bought and looked for car accessories apart from the typical cases and speakers that are the most likely to get purchased. 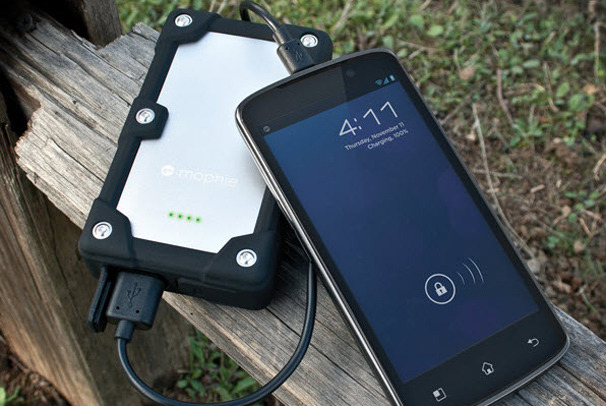 Nobody wants to have their phone or laptop stolen. A high-end yet affordable cell phone/laptop locker might just do the trick to make sure sticky fingers don’t end up glued to your precious electronics!

There used to be a time when navigation technology was quite popular (TomToms and Garmin), but with powerful navigation systems coming standard on most cellphones, that technology is becoming less and less popular. Smartphones like the Galaxy Mega are also around six inches, so screen size is becoming less of an issue. So, because of these factors, cellphone mounts are becoming increasingly popular.

A car mount for a smartphone is also one of those things that consumers will buy impulsively at the store because they didn’t know how much they wanted one until they saw one. A lot of people are using navigation apps on their phones and leave the phones in their laps while they are getting directions, which is dangerous because their gaze is constant diverted down instead of on the road. A car mount for a smartphone promotes road safety.

A stylus is pretty useful, even the iPad with its multi-touch technology can benefit. Styluses are used especially for those not fond of typing on a tablet or smartphone because they are handy for taking readable notes on any device (with the appropriate note-taking app). But, there are a lot of drawing apps for smartphones that styluses are especially useful for.

There are a lot of styluses to choose from. From Star Wars Lightsaber Styluses to Stylus/Pens (my personal favorites), you can’t really go wrong.

This is another one that most people don’t know exist until they seem them on the shelf. Touchscreen gloves allow you to keep your gloves on in freezing weather while operating your smartphone. There are few things worse than taking off your gloves during a snowstorm to answer a text.

Mini charging cables are awesome, cheap, and often overlooked by everybody. I was at the dollar store the other day looking for a new phone cord and I found a cord that has a long cord but it winds up into a central hub for easy storage and carrying. Buying a new charger from a vendor is expensive, about thirty bucks a pop, so buying a phone charge from an independent retailer makes a lot of sense for a consumer, especially if the cable has extra functionality.

This is an especially popular choice for consumers shopping at independent retail stores. There are car chargers made for specific ports and phones, but it’s easier and more cost-effective to buy a simple USB port for a car that can be plugged in to an AV outlet. That way any phone charger (or any USB for that matter) can be charged from a vehicle.

I have one myself that has two USB ports, so my wife and I can charge our phones at the same time, no hassle.

These are some of my favorite cellphone accessories, if you can think of some that you like especially (cough, cough screen protectors), please list them in the comment section below. Thanks for reading!