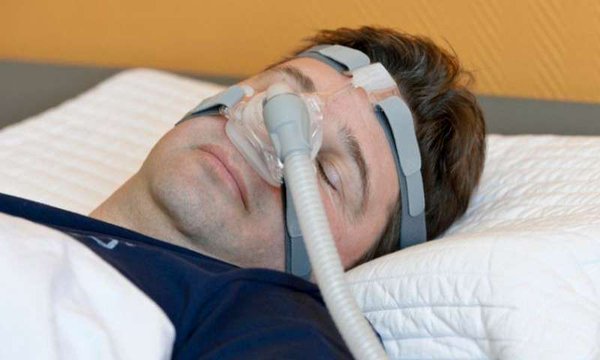 A new sleep apnea study has discovered that sufferers of the condition who also have a pacemaker are at higher risk of developing the dangerous heart disorder, atrial fibrillation.

A new research study has discovered that people with heart pacemakers and sleep apnea have a greater risk of developing atrial fibrillation – a dangerous heart rhythm disorder that causes an irregular and abnormally fast heart rate.

Sleep Apnea is medical condition where the throat relaxes and blocks the airway during sleep, causing breathing to become critically shallow or even to stop altogether. The condition has long been considered a risk factor for atrial fibrillation but, until this recent study, the combined risk for people with both sleep apnea and a pacemaker remained unclear.

Using the sleep apnea-monitoring tools installed in many pacemakers, the study’s author, Dr. Andrea Mazza, from Santa Maria della Stella Hospital in Orvieto, Italy, was able to identify how pacemaker patients with sleep apnea are at risk of developing atrial fibrillation.

The study began by monitoring over 150 people for sleep apnea during the first week after being fitted with a pacemaker. Over the next eight months, researchers discovered that atrial fibrillation occurred in 36% of the participants, including in 28% of those with no previous history of heart rhythm problems.

In total, 85 patients were diagnosed with severe sleep apnea, with 56 of those having no history of atrial fibrillation. Participants with severe sleep apnea were found to have a three times greater risk of developing atrial fibrillation – and this rose to six times the risk for those participants with no history of the heart disorder.

However, while the results indicate that patients with pacemakers and sleep apnea have a higher risk of developing atrial fibrillation, the study does not prove that the combination actually causes an irregular heartbeat.

What the study does demonstrate is the importance of both patients and medical professionals being vigilant in monitoring for sleep apnea in order to implement treatment solutions that could prevent atrial fibrillation from developing.

When it comes to treatment solutions for sleep apnea, there are a number of options available.

Mild cases of Sleep Apnea are fairly straightforward to treat. Simply making some lifestyle changes, such as sleeping on your side, losing weight or drinking less alcohol, can be enough to lessen or stop symptoms, as can wearing a specialised mouth guard.

If you suffer from a moderate or severe form of the disease, there are two main treatment routes available to you. A positive airway pressure (CPAP) device helps to keep your airway open while you sleep by delivering a constant air supply via a mask. Alternatively, you could look at wearing a neurostimulation device, which uses an electric current to contract the tongue and open the airway.

Some cases may require surgical intervention, but these are rare and surgery is generally only used as a last resort.

Atrial fibrillation can be a dangerous condition so if you have a pacemaker and suffer from sleep apnea, speak to your GP or to your cardiac consultant. They will be able to assess your symptoms and work with you to find an appropriate treatment plan.

Eve Hargreaves is a sleep specialist who helps people to overcome problems with snoring, sleep apnea, OSA and insomnia.