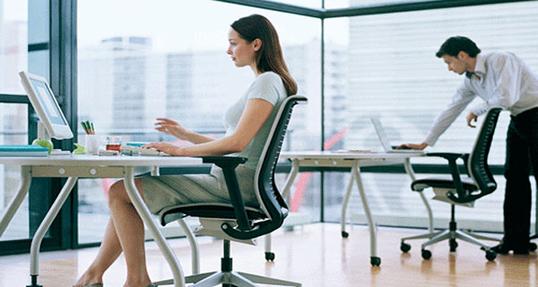 Sitting For Long Periods May Not Kill You, But Don’t Miss Out On Other Benefits Of Standing!

“Take a deep breath, relax,” the Washington Post says, citing a recent study that did not find a link between sitting for long periods and increased mortality. This finding casts some doubt on the recent trend of switching from sitting to standing for purported health benefits.

The use of standing desks for various reasons has been around for a long time. However, the recent trend began in earnest circa 2010 around the time that the American Journal of Epidemiology published an article that associated mortality with time spent sitting. That was immediately followed with news articles in major outlets that hyped – perhaps overhyped – the findings.

Since then, every year or so, a new article is published that either confirms or casts doubt on the hypothesis that standing desks reduce mortality – or exposes other risks of standing. For example, in 2013, the WaPo published an anecdotal article which mentioned studies in 2000 and 2005 that found heightened risk of varicose veins and hardening of the arteries with increased standing.

Well, I’m not a medical researcher, but I think there is truth on both sides and – most of all – you should listen to your body and follow the advice of your doctor. However, in this article I want to sidestep the debate and mention some of the benefits we’ve experienced at Swift outside of any direct health improvement:

We’re more alert and happy. When we started using standing desks, we noticed that we feel more alert, focused, and happy. This probably has something to do with increased blood flow or better posture. But in any case – mentally we feel more engaged and productive, and we feel happier in the day-to-day. This is not only a boost to Swift’s bottom line but our morale as well.

We’re more likely to collaborate. In 1999, Steve Jobs hired an architect to design Pixar’s headquarters in Emeryville, CA. Steve wanted the headquarters to be a place that “promoted encounters and unplanned collaborations.” In part because we’re already on our feet, our standing desks stimulate us to walk around more and have those ad hoc collaborations that are the lifeblood of creative enterprise. The whiteboard is only a few steps away, and I’m certain we use it more because it’s easier to get there.

We take better care of ourselves. We find that – when using a standing desk – we’re more likely to go get a drink at one of the office water coolers, go on a walk for exercise, and even just shift our position and move around or fidget while we stand at our desks.

It’s important to note that despite those benefits, no one on our team feels pressured to stand all day. We stand when we want to and sit down when we feel tired. Here is a picture of one of our typical standing desks. We use a cubicle shelf to support our monitors, and we purchased an Ikea coffee table for $30 (and sawed off the legs!) to hold our keyboard and mouse.

In summary, we think there are many valuable, indirect benefits to standing at work – such as more collaboration, focus, and well-being – in addition to any potential direct advantage in health. And furthermore, it seems like the trend in favor of standing desks has reached a better balance in recent years. For example, the recent expert statement by the British Journal of Sports Medicine recommends four hours of standing and light exercise during a full day of seated, desk-based work.

So…if you haven’t already, why don’t you try standing?

Matt Rodatus is a senior developer for a leading BPM software solution, JobTraQ.