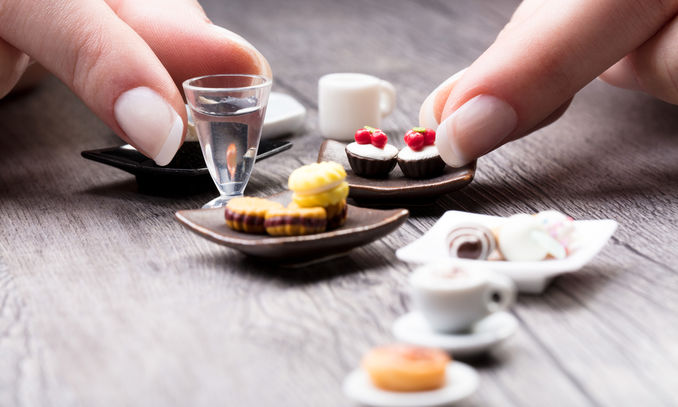 Shrinkflation And Its Impact On You

One of the most common conversations you hear on social media pages, particularly Facebook, is how things aren’t as good as they used to be. There is a great deal of interest in nostalgia and there is no denying that a lot of people seem to prefer yesterday to today or tomorrow. We all make our own choices in life but it seems as though many individuals like to look back on their childhood or younger days with a more positive outlook.

You will find that a common topic of conversation is how things used to be bigger when we were young. This is above and beyond the fact that as children we were small and things would seem larger. The usual comments would quickly see Wagon Wheels being discussed with these products being cited as something that used to be of great size and are now very small. This is a theme that has been utilised by a number of stand-up comedians so you know that it is has crossed into the mainstream.

Are you paying more for less?

However, it does seem as though there is truth in the topic of conversation. In the present day, there is a lot of talk about shrinkflation and how it impacts on the economy and people. There was a very obvious example of this when it was announced that there would be a change to the way Toblerone was made and presented. There was public outrage when the new bars were shown, with much more space between the ridges. This offended a lot of people and during a time of great political upheaval, it was one of the main talking points on social media pages and even on the BBC website.

The thing is though, while Toblerone led the way on this matter, in the wake of Brexit, it appears that shrinkflation is happening in many places. This is because a lot of companies, faced with rising costs, are deciding to keep their prices the same while lowering how much of their products are on sale in the package. As an example, McVities used to sell chocolate digestives in a 332g packet but they now sell this biscuit in a 300g packet. While some supermarkets have increased the price of this product, it has stayed the same in other places. This means that people are now getting less for their money, and this has led to a decrease in value for money.

Value for Money has to be important

There is the fact that many people don’t consider this to be a change because they only look at the price, but in the grand scheme of things, it will have a notable impact on people’s finances. Biscuits may not be the best example to explain the impact it can have on a family, washing machine powder may be a more suitable way to bring up the issue.

If a family used to get 10 washes from their washing machine powder, but now only gets 8 washes for the same money, they are losing out on 2 washes every time they make the purchase. This means that every five times they buy the product, they will be losing out on a full box compared to what they used to receive. Over time, this adds up and when you think that this will be happening across a range of household items, the impact on the average home will be large.

This is why it is essential that people keep an eye on what they are buying and what value it represents. With so many big name brands taking this approach, there is a growing argument towards looking at own-brand products or products from cheaper companies. Poundland has tried to get involved with this market and there will be some big decisions for people to make in the future. You may have always enjoyed a product but if there is better value for money on offer in choosing an alternative brand or product, this may be the decision you need to make in the future. It is essential you consider the full impact on your finances, and a guarantor loan may be exactly what you are looking for.

If shrinkflation is impacting on you and your budget, weigh up what gives you the best value for money.

previous article
Pair Of Linear Equations In Two Variables: Tips
next article
Things To Consider Before Getting A Bad Credit Mortgage Loan