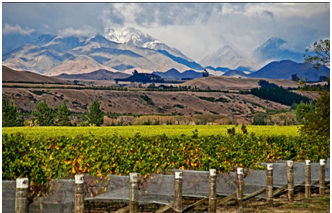 According to a recent survey conducted by the NFU, confidence in the future of the farming industry remains fragile. Close to one in five farmers within the arable and dairy industries in particular report that they are not confident that their businesses will survive. Many farmers expected to experience negative impacts on their profits as a result of various factors. Regulative issues and CAP reform rated particularly highly as areas of concern, followed by both output and input prices.

Almost half of the survey’s participants reported declining profits, increasing even from a worrying 42 per cent last year. The highest percentage of participants in any year (seven per cent) confirmed that they felt their business may not survive at all. The situation of the dairy sector was the most disturbing finding, however. As recently as 2014, only three per cent of dairy professionals felt that their businesses may not survive. That figure has since sky-rocketed to almost 20 per cent.

However, the three year outlook appears to be decidedly different. Farmers have reported that their forecasts and expectations are more positive. This is perhaps because of the action being taken to curb some of the regulations that are seen to be slowing production. The president of the NFU, Meurig Raymond, commented recently that, “Our research has indicated that farmers are optimistic in terms of their medium-term prospects but have pressing concerns in the here and now.” Raymond continued that government “rhetoric” and “red tape” was slowing production and causing a decrease in confidence. “The government must ease regulatory pressure if we are to compete in a global market [and that means] a reduction in the frequency of farm inspections in 2016.”

To Regulate or Not to Regulate?

The perception of a regulated, trustworthy industry is widely regarded as essential for retaining consumers. Greater transparency in the industry has been called for to include the use of trained professionals and food machinery from suppliers such as clarke-fussells and others.

A reduction in inspections may impact production, but more consumers than ever are calling for stricter regulations on the welfare of dairy and meat animals. The BBC also recently reported that being eco-friendly would necessarily include eating less meat.

Achieving the balance between inspection and autonomy will be the key for success over the next three years.

previous article
Save More When Buying Printer Ink Cartridges
next article
Are You Planning To Renovate Your Bathroom? Here Are Some Ideas That You Can Follow