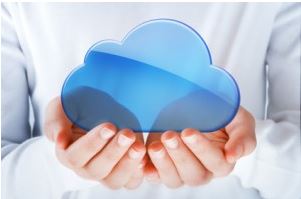 A convenient choice for new businesses

Setting up a business via a cloud server is much quicker than via a physical server; you don’t have to buy the hardware and wait for it to be delivered. As soon as you’re linked to a cloud computing application, you can start running your business instantly.

The mistake that many businesses make with cloud computing, however, is that they use it as an ‘enhancement’ or as something ‘external’ to their existing hardware, when it should be integrated into their IT systems to be fully beneficial.

Cloud applications are also frequently updated, which means you can continue to take advantage of all the latest technology and developments without having to pay extra or spend time updating software. Traditionally, businesses would have to install new software on computers individually, which could take up a considerable amount of time, especially when people would having to restart each computer in order for the new software to become functional.

For small enterprises, cloud computing could be significantly cheaper than conventional IT systems. You don’t have to purchase expensive software and hire an IT specialist to install it for you. You can also cut down on hardware costs because you will be using someone else’s server, which means you’ll have more physical file space to store new data or back-up your existing data.

Because much less time is spent on installing software, distributing files via attachments or finding files from another computer, businesses can complete tasks more quickly and improve their productivity. Likewise, neither you nor any of your employees will need to go to work after hours, because all of the data will be accessible via the cloud network.

Compared with the advent of the PC and the smart phone, the popularity of cloud computing has only grown gradually in comparison because of its perceived security issues. Many people have expressed concerns over the security of cloud-based data systems in recent years, although as cloud technology continues to evolve, hopefully cloud networks will become much more resistant to hacking and irreversible data loss in the future.

If data fails to migrate to a cloud network or if data suddenly disappears, the consequences can be much more severe than data loss on a non-cloud based network, where information may be stored on multiple devices, software applications or memory sticks. Without these security concerns, cloud technology would probably be well ahead of where it is today and would be used by millions more people.

Cloud technology – a novel way to interact in a globalised world

Using cloud-based servers like Microsoft Office 365, businesses now have the opportunity to collaborate and access information from almost anywhere on earth. If we consider the internet to be a revolution for accessing information, products and services, cloud technology is a revolution that enables organisations and groups to access their own information simultaneously from just one platform, taking 21st century technological integration one step further.

Damian Coates is the Commercial Accounts Director for Utilize, an IT support company which provides tailored IT solutions to businesses across Essex, London, Kent and the Home Counties.