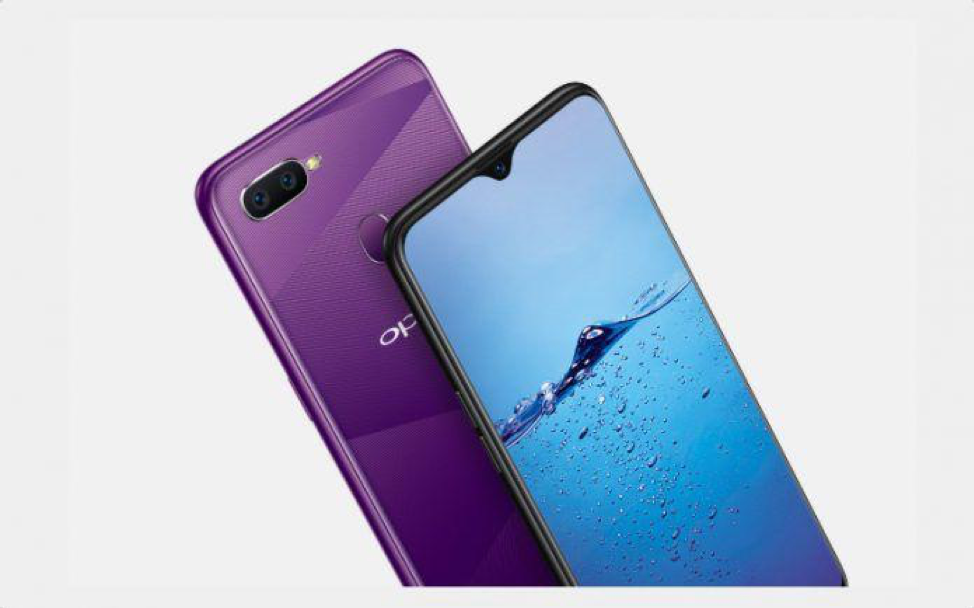 The year-old models from one of the leading smartphone brands in India, the Oppo F9 Pro and the Oppo F9 are still locked in heavy contest. But it is difficult to assess their strengths and weaknesses because they both look so good!

With enviable improvements in terms of both hardware and software, the Pro is of an entirely different make and build. In fact, its out-of-the-box look is probably its biggest selling factor. But the Oppo F9 drives a hard-to-ignore bargain, and has performance points on its side.

Taking the Oppo F9 Pro vs. Oppo F9 battle to the next level, here is a blow by blow comparison of how the Oppo F9s fare against each other.

These are competitive rates, when you compare Oppo F9 price and Oppo F9 Pro price to their rivals’. But the price cut has especially done wonders for F9 because it has shifted the phone from mid-range to budget pricing.

The company has packed its latest flagship with the 20W VOOC rapid charging technology and a large battery that ought to keep it up and running all day if not more. Oppo F9’s battery is decent too but its regular charging and 3500mAh batteries are expected from the budget phone but incomparable to the VOOC tech. The Oppo F9 Pro is a beast in this respect.

With only 4GB of RAM, a maximum of 64GB expandable memory, and not other configurations, the Oppo F9 loses out to the Pro model by a slight margin. It has a 6GB RAM, typically with 64GB ROM as well, but you can purchase another variant with the same RAM AND 128GB of storage space. However, that model costs INR 23,990.

Tech critics would agree that the Pro has two fatal downsides especially when you compare it to phones in the same price range. Camera, being the first one.

For twenty-one grand, you would want a better camera than what the Oppo F9 Pro has to offer.

With F9 as well as F9 Pro, you basically get the same rear cameras which is not necessarily a good thing for the higher-end model. Both of them have 16MP+2MP dual rear cameras. The Pro has a 25MP unit with a wide angle lens for its front camera, while with the Oppo F9, you get a 16MP front camera. That is a decent setup for Oppo F9 price, but what it misses out on, is 4K video recording support, which most phones in the same price range are able to offer today.

But that’s bad news for Pro, because its closest rival in the same price range, Samsung Galaxy A7 priced at Rs. 21,990, has the first-ever triple rear camera, with 24MP in front and at the back.]

Besides disappointing cameras, some users may also be unimpressed by the Oppo F9 Pro’s under-average performance. In the mid-range, Huawei Nova 3i and Samsung Galaxy A7 are slightly cheaper and serve better and faster. The F9s are both powered by MediaTek Helio P60, so that speaks for itself. It is a known fact that performance-hungry users prefer the Qualcomm Snapdragon, HiSilicon Kirin or Exynos these days.

Both Oppo F9s score the largest points on looks. But the Pro comes with a unique design that is instantly noticeable, hard to resist, posing a challenge to generic-looking phones that flood the market today.

With a multi-colour gradient, the phone comes with three distinct finishes and a pattern that catches whatever light it gets while you’re on the move. It also has a sharp screen with a subtle water drop notch. (The Oppo F9 does not have this.)

But that doesn’t mean it is all show and no substance. For spec savvy gadget enthusiasts, the Oppo F9 Pro may finally have delivered impressive specs especially in terms of a brand new ColorOS full of new features and a great battery life. At the same time, Oppo F9 is more reliable and delivers great value for money among its competitors like Honor Play and RealMe 2 Pro.

But based on this checklist, you will now be able to make an informed decision on which Oppo phone is best suited to your needs. Regardless, both are one of the best mobile and are available at the EMI Store. Both phones are now available with your nearest electronic retailer, or at the Bajaj Finserv EMI Store. The Bajaj Finserv EMI Store helps you buy the latest consumer electronics on No Cost EMIs.

Finserv Markets, from the house of Bajaj Finserv, is an exclusive online supermarket for all your personal and financial needs.  We understand that every individual is different and thus when you plan to achieve your life goals or shop for the gadget of your dreams, we believe in helping you Make it Happen in a few simple clicks. Simple and fast loan application processes, seamless, hassle-free claim-settlements, no cost EMIs, 4 hours product delivery and numerous other benefits. Loans, Insurance, Investment and an exclusive EMI store, all under one roof – anytime, anywhere!

previous article
Shares and Subscriptions: Entering Into a Subscription Agreement
next article
How Lack of Student Travel Insurance Turns out to be a Setback for your Foreign Education Dream?