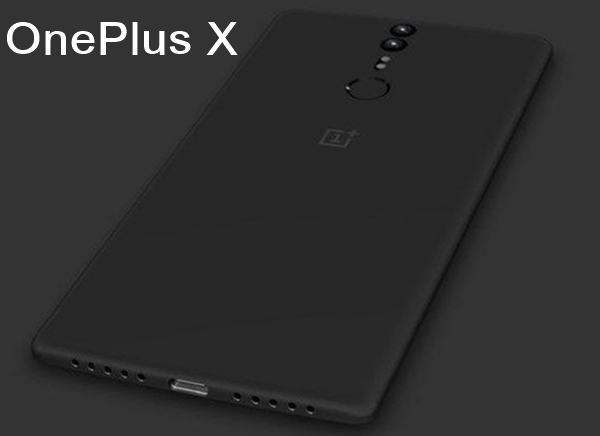 OnePlus is working on a mid-range smartphone, OnePlus X or OnePlus Mini continues to be talked about. The alleged technical specifications of the Chinese brand, And the newest addition to the OnePlus might be launched in October.

According to the latest leak from G for Games is hearing confirmed the presence of a Qualcomm Snapdragon 810 processor instead of the supposed MediaTek MT6759T spotted in benchmarks last week. Good news, Other rumors building on availability in India by November 11, the date of Diwali, which seem primarily targeted by OnePlus, supporting its position “mini”. We must remember that we already expected a smaller than the smartphone OnePlus 2, it features a Snapdragon SoC 801.

Other technical features, it is expected to feature a screen 5-inch Full HD 1080p with protective glass Gorilla Glass 3 or 4, of 2.5D design. Ambitious, for the camera side  will have a rear camera 13 megapixel Sony IMX258 sensor, f / 2.0 and capable of shooting video at 4K. Also with a dual LED flash tone. On the front, one you can find a photo sensor of 5 megapixels with Full HD 1080p video support. Camera continues to be impressive and offers some really good quality, it is powered by octa core X10 processor MediaTek Helio (MT6795T), already mentioned late September by a benchmark,  Soc coupled with 2GB of RAM LPDDR3 and 32 GB internal storage and MicroSD card bonus, The report also mentions the presence of a USB Type-C connector and battery with a capacity of 3000 mAh, compatible with fast charging, NFC. Also one you can find an FM radio and an IR Blaster connectivity.

Mid-range, but far from minimalist, the smartphone also comes with a back-fitted fingerprint sensor, according to the latest reports. The design is plastic and the phone comes with waterproof and dustproof thanks to the IP67 certification.

The new terminal might be launched just before Christmas, with an announcement expected next month and pricing could be around $250. OnePlus 2 already available in India on Amazon and the model is 64 GB storage with 4GB RAM is priced at Rs 24,999.