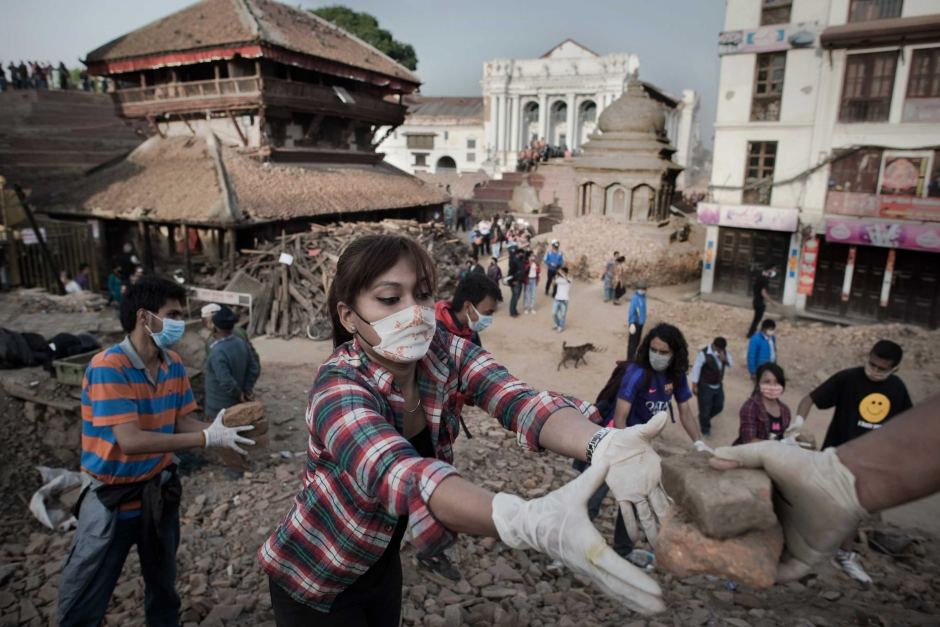 Nepal Earthquake- What The Home Government Is Up To

On the morning of 25th April which happened to be a holiday for most of the people around the globe, the nation of Nepal was hit by a major earthquake. The 7.9 magnitude quake not only jolted the nation and its neighbours, but also brought to light the serious lapses in the management and disaster prevention steps adopted by the country.

One of the most shameful things about the quake and the response of the government has to be that the leader didn’t even get to know that the quake had struck their homeland as he was out on ‘official’ visit. Prime Minister SushilKoirala who heads the coalition government in Nepal didn’t even get to know about the quake unless he had seen the ‘tweet’ of Indian Prime Minister NarendraModi. Such a lapse in internal communication only shows how much the leaders of the nation are prepared to handle national crisis. All Nepal crisis were streamed live on http://www.hulkuss.com/cnn-news-live-streaming .

Even though help has been pouring in from almost all the nations like USA, India, France, Germany, China, etc. the Nepalese government said it would make sure that they would have special buses plying the routes to clear the major cities like Kathmandu. The ministers of Nepal including PM SushilKoirala when visited the grief stricken citizens who have lost homes and relatives, were greeted by strong protests and agitated faces. The food, water and medicines being brought in as help from other nations has failed to reach the people and it is again a shame that industries are making money out of the situation as inflation rates have gone shot up to 500%.

The honest scenario is that Nepal was totally unprepared for any such disaster. The internal political conflicts for the new constitution of the nation just months before this disaster lead to the deaths of several hundred people. If the leaders of the nation can’t even understand and come to agree what is better for their people, how can they actually help them in such an adversity? Moreover, it has been reported that Nepal hasn’t really had a proper election in the last 18 years, which is quite the weakening of the political infrastructure itself.

5000 deaths and a huge loss amounting to millions of dollars is indeed something that Nepal would take a long time to recover from. But if experts are to be believed, the government can take necessary actions to rapidly rebuild the broken dreams and flattened hopes in such a manner that such disasters can at least be combated if not averted. Keeping strong building codes, making city wise national housing plan and spreading awareness are few of the main objectives on the list for now. After extending help to the victims, the government has announced that it would lay down new guidelines for these objectives so that such a calamity never takes place again. Because it might by nature that had its wrath on the lands of Nepal, but it would be politics and great leadership that are going to help the people stand up once again through news.