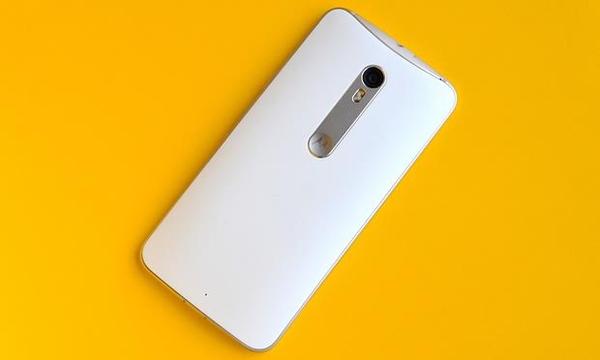 Motorola has launched the Moto X Style for the Indian market, Compared to the Moto X in 2014, Moto X Style (Moto X 2015) gaining 0.5 inch screen size. This increases its size of the smartphone, Apart from a few minor changes, New Moto X Style offers nothing special. When compared to its competitors, Samsung Galaxy S6 + Edge, OnePlus 2. Last year, Moto X was one of our high-end smartphones for the small budget buyers.   Moto X Style will be available in two versions, 16 GB priced at INR 29,999 ($462) and the 32GB priced at INR 31,999 ($493) from October 14.

The Moto X style is impressive, rounded, but attractive, Small vertical bar and rounded aluminium placed on upper back half of the phone, flash and Motorola M in a strange dotted circle. This circle is a little down at the beginning, it is very useful in the grip of the camera. The 5.7 inch Quad HD display with a resolution of 1440×2560 pixels equalling 520ppi. Coring gorilla glass3, dimensions of 124 x 76 x 11mm and it weighs 179g, with a maximum brightness and powerful enough for use in bright sunlight. The new Motorola Moto X smartphone  equipped with two front speakers. This is one of the difference compared to the previous model that used a loudspeaker for multimedia and another for calls.

One of Motorola’s strengths is that the brand Moto X  runs with operating system of Android 5.1.1, Lollipop, In fact the manufacturer has chosen to retain an almost pure interface by adding a few features of its own. The Moto X Style offers the full range of Google services (Chrome, Gmail, YouTube, Maps). But It lacks a custom interface like Samsung TouchWiz and HTC Sense, but Motorola offers some useful functions. Motorola’s Moto app adds a couple of features to Android. Moto Voice works on the same principle as Google Now  voice assistant (included the facility to create calendar events using voice input). It is used with native applications and third-party applications. It is possible to set the alarm, look for a route with Google Maps, find the title of a song you hear, prepare a post on Twitter. 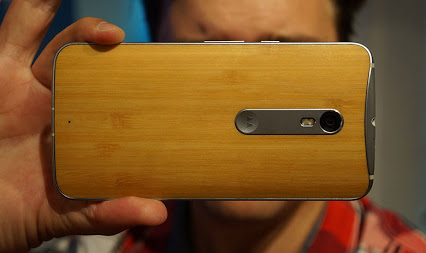 While watching a video in 1080p on YouTube with Wifi and maximum brightness of smartphone loses 20% of the battery. 30 minutes of charging is sufficient for 20 hours of use (without video streaming, without Wi-Fi). It’s pretty good. Powered by the 3000 mAh + TurboPower Charging, Most impressive in this area, the Galaxy Note 5 / S6 + Edge: 15 hours  of use with a battery of 3000 mAh.

It will be available in two versions, one model with 16 GB and another 32 GB of internal storage, Unlike the two previous versions, Motorola has added a slot for a micro SD memory card, supports external storage  up to 128GB.