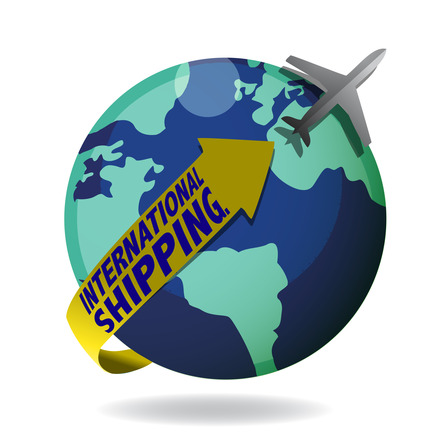 Cultural diversity is a huge part of what makes us as humans so interesting and the world a fascinating place. Exploring the languages, customs, and social norms of people from other countries is rewarding; you can’t help but wonder what it would be like to live in a different society.

However, knowing what is and what is not socially acceptable is one of the greatest challenges you will face when you interact with other cultures. The general opinion of what constitutes “normal” or appropriate behavior is surprisingly different from place to place; body language, words used, and protocol vary greatly between countries.

What are some differing societal rules you hear people talk about? Always bow lower than your superior in Japan. Never use the the “OK” hand gesture in Argentina. Make sure you never snack on the streets in France (especially Paris).

While we don’t intend on giving you a rundown of random cultural idiosyncrasies, we do want to pass on some tips about our area of expertise: sending flowers. When it comes to gifting flowers to your foreign friends and associates, you need to know that not anything goes. While you may be happy to receive a bunch of flowers of any color any day of the week, some cultures attach certain traditions to flowers. Not acknowledging these traditions can lead to offense—something you never want to make your gift recipients feel!

We examine a few countries to illustrate good and bad international etiquette for sending flowers. This is obviously a small list, but it’s a good start and may help you be aware of cultural traditions you may not have realized exist.

If you’ve been extended an invitation to a Canadian’s house for dinner, taking flowers is appropriate.

Note: In Quebec, you should send flowers in advance of the dinner party.

If you’ve been invited to the home of a Brazilian, send flowers to the hostess the following day. Orchids are an excellent choice. Be sure to include a thank-you note!

When it comes to Latin cultures in general, yellow, red, or white flowers should not be sent as they are associated with death.

Flowers make a great gift when invited to a Mexican’s house. White flowers are considered uplifting.

It’s not often you will be invited to a French person’s home for dinner. Bring flowers to the host and offer the gift before the evening’s entertainment begins.

Note: Chrysanthemums are used for funerals and red roses are usually only given to lovers. Also, don’t send white flowers as these are used at weddings.

In European countries, carnations and daisies are not appropriate. If offered, they may be considered an insult. Europeans appreciate high quality flowers and enjoy exotic arrangements.

Also, throughout Europe, tradition dictates that bouquets should include an odd number of flowers (except 13—an unlucky number).

Flower-sending protocol in Portugal is similar to that in France.

Note: Don’t send red flowers because red symbolizes the revolution. Don’t send lilies or chrysanthemums as these are also used for funerals. If you did not bring a gift to the hostess of a dinner party, send flowers the next day.

Again, Italy is similar to France when it comes to sending flowers.

Note: Red flowers indicate secrecy, and yellow flowers symbolize jealousy. Do not wrap flowers in anything that is black (color of mourning) or purple (color of bad luck).

Take flowers to a German’s house when invited for a meal. Yellow roses or tea roses are much appreciated.

Note: As in France, red roses are considered romantic, so avoid these. Lilies and chrysanthemums are funerary flowers.

Never present cut flowers or anything in a set of four to a hostess in China. These symbolize death.

As is the case in China, the number four in Japan is associated with death. Number nine is symbolic of hardship, so try to avoid gifts that contain four or nine items.

Mahima Narula has been in the floral business for over a decade. Currently, she is the head of business at Flora2000. They are the industry leaders in international flower delivery. Please visit their website at www.flora2000.com for more information.

previous article
Why Is Oral Health Important?
next article
Forex And Retirement