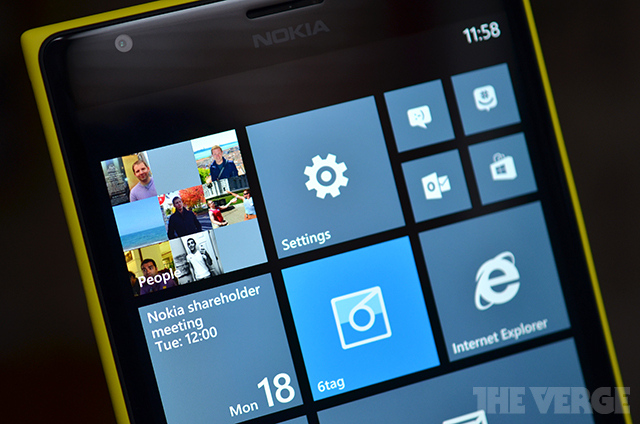 In a move that surprised many industry observers, Microsoft has announced that it will do away with Windows licensing fees for any device with a screen smaller than nine inches. The decision was announced at Microsoft’s Build conference, held April 2 to 4 in San Francisco, and essentially means that hardware manufacturers will have the option of including Windows on any smartphone or tablet at no additional cost.

Over the past year, the company has shown a desire to expand beyond its traditional strengths of business software and services to become more of a player in the hotly contested mobile device market. The company acquired Nokia’s hardware line for 7.2 billion dollars last September, and that aggressive move seemed to indicate that Microsoft wanted to increase market share for the Windows Phone operating system, but had given up on the idea of getting vendor partners to build devices that would run Windows.

However, the recent announcement suggests that the company has not given up on the idea of hardware partners altogether. According to technology expert, Jason Hope (https://www.facebook.com/jason.r.hope), Microsoft’s decision merely indicates that the company plans to approach the idea from a different perspective.

“In the past, Microsoft has tried to compete with Android and iOS at their own game,” said Jason Hope. “They were trying to go after that premium smartphone market, but those two operating systems were already fairly entrenched in that area. It’s no surprise that Windows Phone was coming in a distant third. However, Microsoft now seems to recognize that there’s a whole different market out there for Windows devices, and this announcement indicates that they are going to pursue that market heavily going forward.”

Specifically, the market that Microsoft will be pursuing is the market for lower-cost devices. As smartphones and tablets start to make their way into more and more developing economies across the world, the company is hoping that eliminating licensing fees will encourage manufacturers to use Windows as their mobile OS of choice for affordable devices.

The move indicates that Microsoft will be forgoing one of its traditional revenue streams—licensing fees—in order to help bring more Windows devices into the world. This decision is one that could end up paying off handsomely for the company.

By getting rid of licensing fees, Microsoft is essentially trying to establish Windows as the OS that manufacturers look to when they’re thinking of building an affordable device. Only time will tell if this idea will end up catching on among manufacturers, but I would be encouraged by this if I were a Microsoft shareholder.”

In addition to doing away with licensing fees, Microsoft is also attempting to create a quality user experience, regardless of the cost of the device. The company has pledged to upgrade any Windows Phone, regardless of age or original price, to its most recent operating system, Windows Phone 8.1. The 8.1 update will bring a lot of notable features to low-end devices, such as the speech-activated virtual assistant Cortana.

By comparison, while Google has released some affordable devices, low-end devices that run on Android operating systems are usually stuck on older versions, with no possibility of upgrading. Apple sells older versions of its phones, but even those devices are usually out of the price range of consumers in developing nations.

According to Jason Hope, Google and Apple’s reluctance to commit themselves fully to budget devices could create a tremendous opportunity for Microsoft.

“I think it says a lot that Microsoft is the company working hardest to meet demand for affordable devices, precisely at the point in time when most of the growth going forward will be in developing economies. If Microsoft can continue to provide a quality customer experience on affordable devices, while also bringing in new hardware partners through licensing subsidies, it could end up leading to big things for them.”