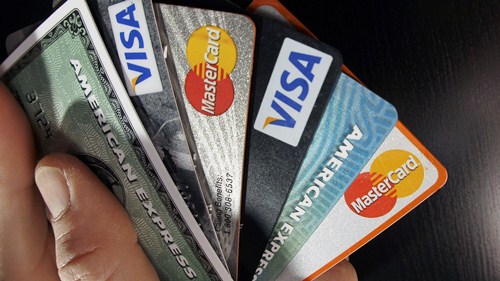 Attention! Websites catering to online gambling services would receive their very own Merchant Category Codes (MCC) to facilitate the payment process between online gambling websites and those who subscribe to them.

The world of online gaming and credit card processing was given a huge push by credit card authorities like VISA and MasterCard when this announcement was made.

Why was the Move Made?

This move was a result of rising complaints from within this particular niche in the online services industry, due to the massive inconvenience caused to consumers and website owners alike (owing to the fact that banks tended to reject a majority of such credit card payment requests, thanks to ambiguity of the law regarding the legality of such institutions and the transactions they processed).

Since only certain states across the nation allow online gambling legally within their borders, and the internet isn’t a resource that can be easily harnessed based on geography, it led to a lot of merchant banks approaching such transactions with a great degree of caution, and a “reject first, ask questions later” attitude in an effort to ensure laws weren’t flouted.

And while the involvement of plastic money and online transactions is unarguably one of the best things to have ever happened to the contemporary business world, it still felt like a distant dream for fantasy gaming and online gambling businesses.

What are Fantasy Games?

For those who aren’t familiar with it, fantasy sports is a fledgling gaming community in the online space that feeds on the fervent adoration of sports fans for their favorite teams and sports. While the formats of the games vary to some degree based on each individual website, the sport they cater to, and their formats and rules, the basic aim is the same.

Because of the near-obsessive fanaticism of sports followers and the widespread passion for sport across the globe, this format of gaming gained unparalleled popularity. In last few decades, there have been examples of the emergence of websites that have sought to monetize this phenomenon and make the game payable, with the cumulative entry fees of all the participants, in whole or in part, going to the winners (or the top few scorers on the game) through a pre-stipulated time period.

How does the Gambling MCC Affect Them?

While there are a few success stories, with ‘Draft Kings’ and ‘Fan Duel’ being two of the most well-known, not a lot of sports fantasy websites have made the grade (largely due to the same problems the online gambling community faced). The legality or lack thereof is still a contentious point among merchant banks and state governments, meaning those willing to participate in these games legally are also being declined payment requests.

However, with the granting of separate MCCs for online gambling companies, there is hope for fantasy game websites, too.

Interested parties are lobbying for this to happen, as they want to see a system similar to that in Europe, where online gambling and fantasy sports are much more rampant and form huge, multi-million dollar industries within themselves. Their American counterparts will now benefit from the MCCs and with companies like CreditCardProcessing.com which specialize in catering to high-risk businesses with merchant account services, it has become even simpler for them to strengthen their foothold in the US.

No doubt, the assignment of MCCs for online gambling is a move in the right direction for everyone involved with the online fantasy game movement, and they will hope that the authorities will make similar moves regarding this particular genre of online gaming in the near future as well.

previous article
The Age Of The Kids!
next article
How To Reduce Student Loans