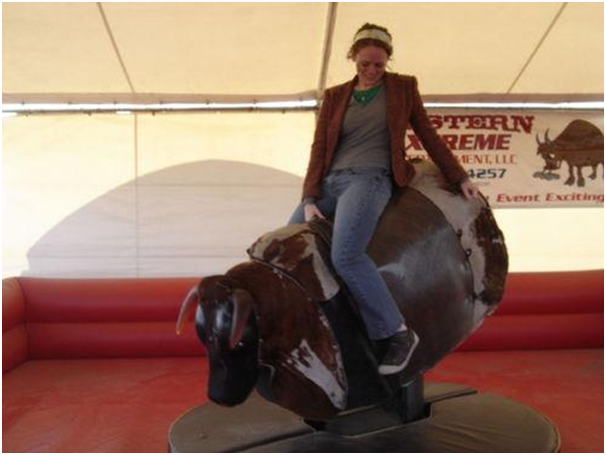 Mechanical Bulls Are Big Bucks For The Entertainment World

Watching cowboys riding bulls in the rodeos or in the movies always looks so thrilling. Now, with a mechanical bull from a rodeo bull ride manufacturer you can see what it’s like for yourself.

The bulls were originally used by cowboys in the USA to practise for rodeos. Now they’re popular for their entertainment value in nightclubs, fairgrounds, country fairs and even at some corporate events as everyone likes to beat the boss at something.

Celebrities are also getting in on the act including the Steam & Rye bar in London, run by model Kelly Brook and Nick House, having a rodeo bull as centre stage to attract the punters, says the Daily Mail.

It’s a thrilling ride as the crowds gather around to watch you put your first tentative foot in the stirrup before leaping up on to the mechanical bull. Grabbing the reins or the bull by the horns – in more ways than one – the ride starts off fairly gently before bucking faster and faster, twisting endlessly as he goes.

If you last the course, you may win a prize or certainly the admiration of your friends and colleagues.

Tips on Riding the Bull

You may feel as though it is mere luck if you don’t get bucked off but there are a few skills involved in staying onboard the bull.

You should hold the strap with one hand whilst using the hand you write with to balance. You should also watch the head of the bull to see which way it is moving. This means resisting the temptation to laugh with your friends – make sure to keep your eye on the bull’s head. Additionally, remember to lean back when the head moves down and lean forward when the head moves up again, according to the Mechanical Bull Association.

If you run a bar, nightclub or entertainment venue, you’re sure to find customers queuing up for a chance to ride the rodeo bull. You’ll need quite a bit of space for the bull, mat for crash landings and spectators. For those that are interested it’s worth taking the time to contact GSrodeobulls or other firms to discuss the possibilities.

It’s a fun way to draw in the crowds and keep ahead of the competition. 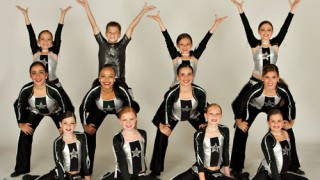 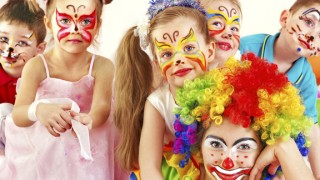 How To Select Entertainment For A Child’s Birthday Party