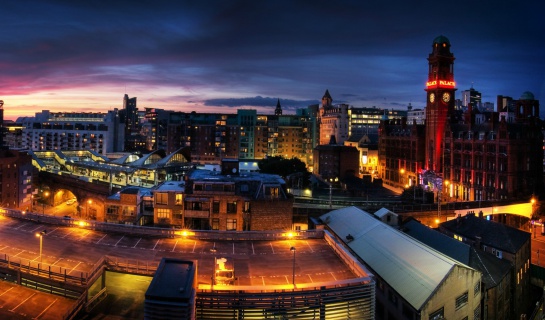 What Makes This City So Special?

Manchester is seeing some of the biggest property growth in the UK – so what is attracting so many people to the area?

The UK housing market saw more activity last year than at any other time since 2007, showing us that it’s well on its way to recovery. If asked to name the property hotspot of the UK, London is probably the first place that comes to mind. While the capital is still attractive to many buyers though, it’s further north that we’re seeing a boom – with Manchester being the stand-out location. So what is it about the city that is making it so attractive to buyers?

Helping to heal the Economy

Manchester is a city that has a lot to offer. It’s leading the way when it comes to the UK’s economic recovery, with around 110,000 new jobs expected to be created between 2014 and 2024. The Government can see the potential Manchester holds too, with it looking set to benefit from a share of £7 billion of investment in the North. The new HS2 rail link will make it possible to travel from London to Manchester in under an hour and a half, generating more interest from the affluent South.

In 2014, Salford in Greater Manchester saw an incredible 12 percent rise in property prices. Professionals credit this to the arrival of the BBC and other broadcasters in the area. Salford now has cultural and professional significance on a national scale, attracting young professionals and highly paid television executives from far and wide.

It’s a great area for those who like to work hard and play harder. Manchester has been famed for its vibrant night life for a long time now, with a huge selection of clubs, bars and of course, its world-renowned music scene. The Government is also going to fund a £78 billion theatre and exhibition space in the city, helping to shine a light on its thriving cultural heritage.

If you’re a bit of a foodie it’s great too, with some of the best restaurants in the country calling Manchester their home. With people of many nationalities choosing to settle in the city in recent years, all of this wonderful cuisine and culture has been further enriched by diversity. Plus, it’s arguably one of the sporting capitals of Europe, being home to two Premier League football teams.

Of course, all of this interest in Manchester property means that demand for property is outstripping the supply. Developers are recognising the problem, with over 3000 planning applications submitted to various councils last year alone. Until the demand can be satisfied though, the short supply of housing will see interest and prices continue to rise.

Growth is still set to Rise

With all of this in mind, it seems like there is no better place to invest right now. Forecasts from industry experts are predicting that Manchester will see a 26% increase in price growth leading up to 2019 – with the potential to even exceed that! Prices are lower than they are in London, so it’s a great option for property investors who want to cast their net a little further afield. With so much to offer, Manchester could look set to become the property sweetheart not just of the north; but the entire UK.

Jonathan Stephens is the founder of SurrendenInvest and has a wealth of experience in the property sector and shares his knowledge by writing for property and investment magazines.