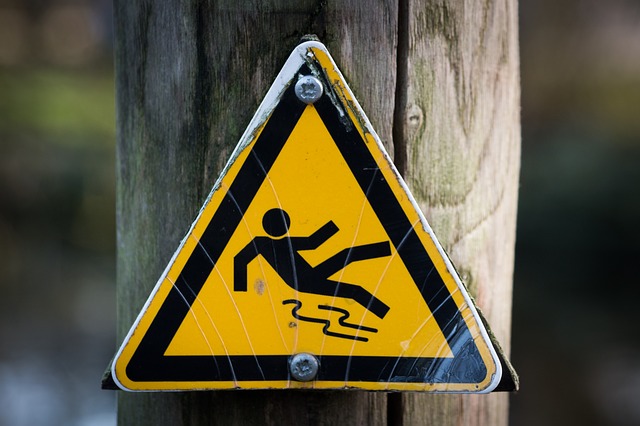 Leading The Safety Movement At Work

If you want to stay safe at your workplace, the responsibility lies with you. Though the management will try their hardest to catch every little problem, they lack the on-site experience that you have with the staff every single day. Through their complaints and your own observations, you can become the driving force behind improving safety and lowering accidents at work.

The most important thing you can do is put yourself in the mindset of a leader. Too often little things go unreported because no one sees them as major problems. Including lights out in a stairwell and missing supplies in the first aid kit, what seems like an insignificant issue can quickly become the cause for a sprained ankle or infected cut. Be the force that takes on these problems without a second thought. So long as it’s a physical part that can be replaced, make it your duty to do the replacing.

It shouldn’t rest on your wallet to buy the replacements. Such maintenance belongs to the company, so don’t volunteer your paycheck to make improvements unless you are sure you will be reimbursed. Unfortunately, the line of communication to get approval for such improvements often gets muddied. Again, this means you’ll need to take time to hunt down who is in charge, explain to them the situation and find a solution as quickly as possible. A lot of being effective in the workplace means doing the leg work no one else will. Without such determination, though, workplace safety would rarely be implemented. Set a due date and follow through with those you tasked with finding a solution.

At least once per year you will undergo an evacuation and some other type of formal training. Instead of joking around, wishing it would go faster so you can finally get some lunch, pay attention. Volunteer to take the lead to learn what you actually need to do during an emergency. Assume that no one else will know what to do to save you in the event of an emergency. Really study the safety measures implemented by the company and figure out why they are written down. Chances are something happened in the past that led to these rules. Knowing why they’re in effect enhances their importance and makes it easier for you to take seemingly silly regulations seriously.

Like with participation, assume no one else studied the safety rules and merely mimics what everyone else does and how everyone else acts. This is especially pivotal when working on riskier jobs that mandate breaks. Too often, workers push themselves beyond a safe threshold and end up hurting themselves or others due to an accident caused by exhaustion, something that is easily avoided. Act like the leader you are, calling people out when it’s their time to rest. Hard workers are great but only so long as their hard work doesn’t result in any safety issues. Likewise, explain to new hires any potential issues they should be aware of and when those issues will be fixed. This way, they’ll know to be extra cautious as opposed to being expected to know to be extra cautious without any prior work in that area.

If you’ve taken all of the previous steps but still find your company unwilling to protect your’s and everyone else’s safety, never be afraid to speak to higher authorities. OSHA was built to protect the interests of employees everywhere, but if they don’t know a certain company is abusing its privileges, they can’t act. Be wary that this may come with animosity from the executives, but always remember it was their fault for not addressing problems that were causing or could have potentially caused a tragedy. Your right to a safe work environment is just an important as anyone else’s. Don’t let corporate negligence cause an untimely accident.