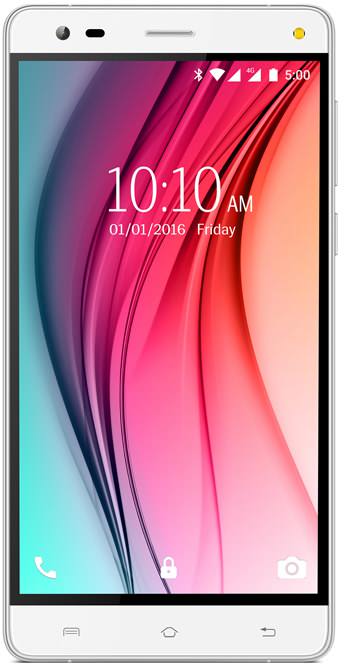 Domestic vendor Lava has a good share in the Indian smartphone market with several feature-loaded offerings at different price segments. In its early years, the company launched devices running almost stock Android version. However, now the brand has invested a lot in the research and development field, and has come up with its proprietary Star OS 2.0, which is based on Android 5.1 Lollipop. The latest offering from the vendor running Star OS 2.0 is the Lava V5, which was launched in January this year. The V5 is a feature-loaded offering in the sub-Rs 12,000 price range.

The Lava V5 is one of the best devices from the vendor with powerful configuration, latest connectivity support and decent camera specs. If you are planning to buy the phone, let’s talk all about its features in detail.

The Lava V5 is one of the slimmest smartphones from the brand in the phablet range. The phone comes with a waistline of 8.3mm, and tips the scale at 153.2 grams. It comes in white and black colour options. The device has three capacitive buttons on below the display to navigate through home, settings and recent apps etc. It has a screen to body ratio of 71.41 percent, which is pretty nice for a phablet. The handset has curved edges and sports a metal rim, which offers a premium appealing design. The back panel of the device is made of plastic, which is removable to give you access to the microSD card and SIM slots.

Coming to the display, the Lava V5 sports a large phablet-grade 5.5-inch display bearing a resolution of 1,280 x 720 pixels. The device delivers decent colour reproduction for sharp and detailed media viewing experience. It has a pixel density of 267 pixels per inch, and the screen is large enough to enjoy open world RPG and MMORPG games. The screen also gets a layer of Corning Gorilla Glass on top, which prevents accidental scratches on the display. As for the software, the phone runs the company’s proprietary Star OS 2.0, which is based on Android 5.1 Lollipop. The phone will also be getting an upgrade to Android 6.0 Marshmallow in the coming months. The Star OS is easy to use and is pretty clean. It comes with an app drawer to place your applications and games. Overall, it offers a decent software experience along with several software tweaks.

Moving on to the configuration, the Lava V5 is powered by a 1.3GHz quad-core MediaTek processor, which is further supported by 3-gigabytes of RAM and a Mali T720 MP2 graphics processor. It is a very capable offering that can run most high-end games and applications available on the Play store. Thanks to 3GB of RAM and a quad-core CPU, the phone offers decent user experience without lags or whatsoever. For storage needs, the phone comes with 16GB of internal memory, which can be further increased by up to 32GB by inserting a microSD card.

Coming to the camera features, the Lava V5 boasts a 13-megapixel primary snapper with a dual-LED flash, an ISOCELL sensor, phase detection autofocus (PDAF), f/2.0 aperture, and a 5-element Largan lens with blue glass filter. For selfies and video calling, the handset gets a decent 8-megapixel secondary snapper with a front-facing LED flash to deliver excellent self-portraits in low light conditions. The handset is also loaded with MagicPix camera software, which lets you capture photos in several modes like Beauty-Fi, wide selfie, Night Pro, GIF Maker and Intelligent Selfie etc. Overall, the Lava V5 offers one of the best imaging experiences available in the sub-Rs 12,000 price range.

When it comes to the connectivity, the Lava V5 packs a punch. The phone comes with 4G LTE including support for India’s both FDD-LTE band 3 and TDD-LTE band 40 4G networks. It offers dual-SIM slots, Wi-Fi, Bluetooth and A-GPS. Talking about the battery, the phone is fuelled by a beefy 3,000mAh unit, which as per the brand offers a whopping 14.28 hours of talk time and 270 hours of standby time. So with the 3,000mAh battery, the phone can easily last for a day with heavy usage.

The Lava V5 is one of the best smartphones from the domestic vendor in the sub-Rs 12,000 price range. The phone offers an excellent, large 5.5-inch HD display, runs the latest software, a powerful processor, generous amount of RAM and storage, and decent camera features. The performance and design of the phone are pretty decent, however, the company could have done better in the camera department, especially with the rear camera. The Lava V5 price in India is Rs 11,499, and the phone is available via major brick-and-mortar retail stores and e-commerce portals as well. However, it is advisable to look for the other options before making the purchase.