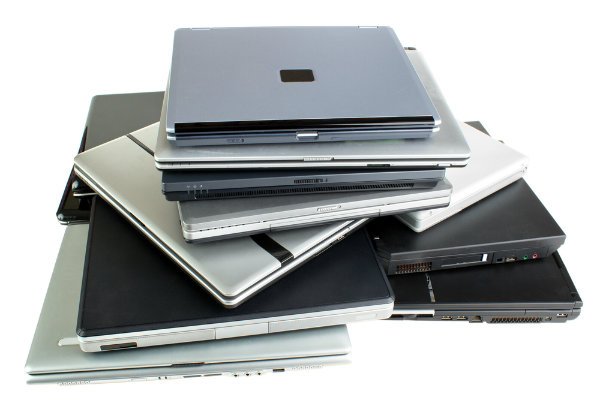 With the introduction of Intel Skylake, something really interesting started to happen in the laptop segment. Thanks to the brand new 14nm process, CPU’s with desktop grade performance could finally be implemented into laptops without the worry of exceeding TDP or heat dissipation. This move from Intel changed the laptop scene for good and CP’s from all target groups no longer had to be developed especially to cater to the laptops.

Fast forward to 2018, and well that trend is still in full effect now, partly thanks to AMD with their Ryzen desktop chips. The market has never seen such growth in the CPU segment and faster Desktop chips means faster laptop processors. But CPUs are just a fraction of the story and a laptop is just the sum of many parts. So,KillerFeatures went out to explore some laptop parts and build a build a laptop buying guide to help out with your next purchase.

Before we even begin to get into the internals, let’s focus on the part of the laptop that you’ll be interacting physically for most of the time.

Keeping these in mind matters quite significantly because a while a bulky laptop, such as a gaming laptop, will have more high performance components out of the box, but using it will come with certain compromises like reduced overall battery life and the general heft of carrying a bulky laptop. Thin and light profile laptops, on the other hand, are much more efficient and portable and don’t weigh much, but you’ll be subject to performance limitations on certain resource hungry applications.

Consider the applications that you are going to use on a daily basis. If it doesn’t include anything more than a few instances of chrome, light Photoshop, word processing and MS Excel, then a thin and light will do just fine as it those applications doesn’t require too much power to run well. The LG Gram and MacBook is a good example of thin and light.

If however, you are a seasoned or casual gamer or a data analyst working with large pools of raw data, then consider a laptop with more processing power and a bigger battery. Yes, you’ll have to endure additional bulk but it’ll be worth it because of the gains on application speed. One note though, avoid laptops with optical media drives as they only add to the bulk and aren’t used as often.

2. Display: Talking of displays, depending on your usage patterns you can live with any of the three types:

The resolution doesn’t really matter as much because of the smaller dimensions of the screen. However, a full HD display will make content appear much sharper.

You might be wondering why I have added this option so high up the list. That is because OS’es now, especially Windows in particular, isn’t as trimmed down as Windows XP and the common mechanical hard drives don’t quite cut the mustard if you want faster performance. We have genuinely arrived at a point where the older mechanical hard drive is the only significant bottleneck in a new system. So while most laptops will definitely have a mechanical hard drive, we recommend swapping it out with a SATA SSD for faster performance. Also while we’re on the subject, if you find a laptop that comes with M.2 storage, then we recommend going for it. The difference will be noticeable.

To be honest, Intel’s integrated graphics are adequate for multimedia consumption and some light gaming and will suit anyone who isn’t into heavy gaming. But a dedicated Graphics chip has its own perks such as using CUDA, Open GL and VULKAN applications as well as gaming. Generally if your work doesn’t include these, then the included graphics shouldn’t be of much concern. However, if you are into serious gaming, at least get a laptop with a new Nvidia or AMD GPU such as a GTX 1050ti as a bare minimum or an equivalent AMD Vega Graphics solution.

These days, even your most budget laptops will ship with an Intel i3 or one of those Ultra low voltage processors and for the most part, they are quite capable for all basic applications thanks to improvements in CPU manufacturing processes. However, if you need more power, then you should look at an i5 at least which for the first time, ships as a quad core option on Intel Coffee lake Platform. For the most ultimate performance, i7’s are currently your best bet as they can also be found as quad core options, although Intel is developing 6 core options as well. Now generally doesn’t get much of say here as their laptop’s CPUis mostly limited to lower end SKU’s. However, that might change soon with the launch of Ryzen mobile as it makes its debut sometime later this year.

Thanks to Apple, many manufacturers are already cutting down on the number of available ports in laptops. This is a capitalist strategy and you should definitely avoid getting a laptop that skims on the number of available ports. No ports means that you need to buy more dongles which in turn acts as a source of 3rd party royalty to companies like Apple. This is not only inconvenient but also expensive.

There are a lot more bases to cover regarding this, and we’ll look over some of the more overlooked features while buying a laptop in our future articles. So, stay tuned to killerfeatures.com for upcoming updates and interesting content.