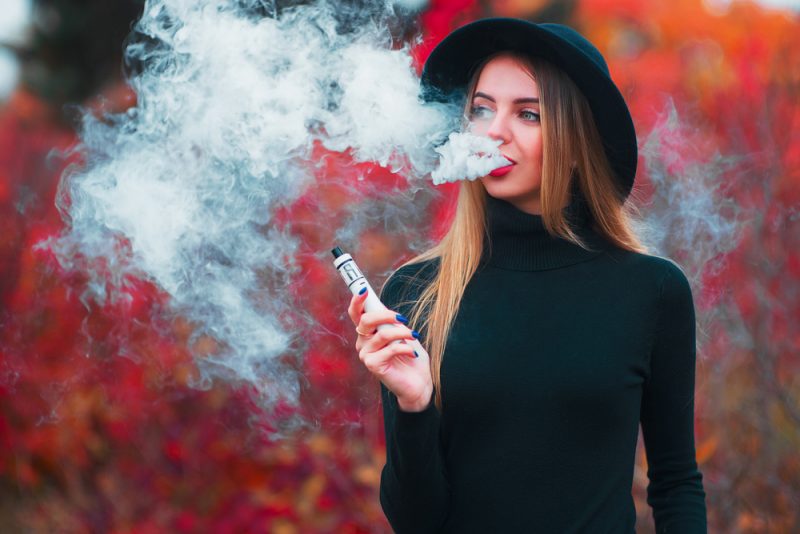 In recent years, there has been a huge transition of long-term smokers who are making the switch to electronic cigarettes in order to help them quit their smoking habit.  While many of these smokers have already made the switch, there are a number of others who wonder whether or not vaping really is a healthier option. Read on to see both compared to one another.

Nicotine is found in both the electronic and regular cigarette and is what the smoker is addicted to. However, with an e-cigarette, the dosage of nicotine can be weakened in order to help to wean yourself from the addiction, and this is entirely at the disposal of the smoker.  There are even options to cut nictoine out of eliquids completely, further helping smokers to enjoy a much healthier lifestyle with an ecigarette.

Vaping does have some short-term side effects, such as a dry mouth, headaches, dizziness and chest pain, which are also commonly attributed to regular cigarettes. Due to e-cigarettes being a new phenomenon, there are few long term studies or cases to provide concrete, supported results for long-term side effects from vaping.  However, a landmark study released in 2017 by the NHS has suggested that vaping is now being endorsed by health experts as a much healthier alternative. Further to this, studies which have been carried out on healthy mice suggest that as vaping does not contain tar (which is a frequent cause of cancer in regular smokers), they are typically healthier to smoke.

The biggest cause of deaths in the UK is smoking cigarettes, with a staggering one in two smokers dying from a smoking-related disease. The smoke inhaled literally affects every part of your body, including the brain, the heart, the stomach, the bones and the skin. Reproduction and fertility can also be affected by studies showing that those who smoke take longer to conceive a baby than those who don’t smoke. Professional experts have been looking for a way in which to prevent people from smoking and encourage them to live a healthier lifestyle.

When a smoker smokes a regular cigarette, the tar in that cigarette enters their blood resulting in their blood becoming thicker with an increased chance of the smoker having a clot formation. The arteries become narrow and the amount of oxygen-rich blood circulating to the organs is reduced. The result of this is the increased chance of a heart attack or a stroke for the smoker. The risk of having a stroke is increased by a massive 50% if you are a smoker, which can lead to brain damage and even doubles your chance of dying from a stroke.

A smoker can also get stomach cancer or ulcers because the muscle which controls the lower end of your oesophagus is weakened which results in the stomach acid to travel in the wrong direction back up your oesophagus.  Those that smoke tends to also have stained teeth, bad breath and in some cases, gum disease, mainly as a result of the tar and other chemicals within cigarettes. However smoking damages far more in the mouth than just giving the smoker bad breath! There is an increased risk of cancer in the voice box, throat, lips and the esophagus.

Currently, as it stands, vaping is healthier than regular cigarettes, but that is mainly due to the lack of case studies and concreted, confirmed results of long-term studies. However, vaping is now being endorsed as a healthier alternative, which is a step in the right direction for many smokers looking to cut down or quit completely, or simply enjoy a healthier lifestyle.