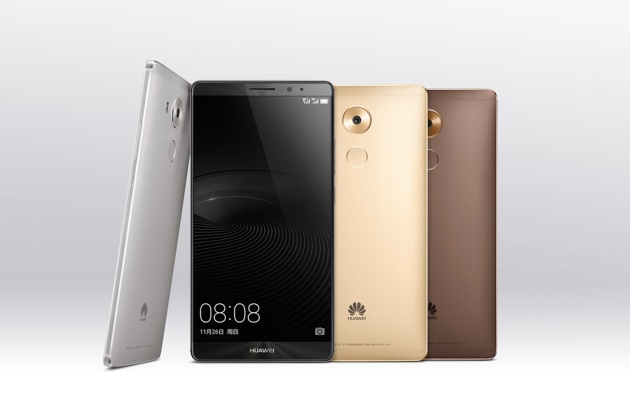 Huawei officially unveiled the Huawei Mate 8 in China, successor of Mate 7, The high-end smartphone features a 6-inch display, almost borderless display, the latest Kirin processor, sleek design, It will be available in two models, one model priced at $500 (3GB of RAM with 32GB of storage), And the second model priced at $690 (4GB of RAM, 128GB of storage).

It is a beautiful aluminum unibody design PHABLET, It comes in four colors black, gray, gold and bronze. Note that  the image sensor and the fingerprint reader placed on the back side under the camera. With its 8.2 mm thick, Huawei Mate 8 features a 6-inch IPS display, with screen resolution 1,920 x 1,080 pixels (Full HD). Display of Mate 8 occupies 83 percent of the front body, Enormous narrow edges at left and right side, thin bars above and below the screen. The 2.5D glass. 4000 mAh big battery.

Inside Kirin 950 the latest octa-core processor from Chinese smartphone. new chipset, the Kirin 950, promises to bring a lot of improvements, Compared with Qualcomm and Samsung mobile processor, (four Cortex-A53 cores clocked at 1.8GHz + four Cortex-A72 cores clocked at 2.4GHz). For the graphics, equipped with the new graphics chip, a Mali-T880MP4 GPU. In addition, Kirin 950 also features a new self-study ISP. But many of the manufacturers uses latest Qualcomm’s Snapdragon 820 processor for speed performance, Huawei Mate 8 comes in two different models. First model has 3 GB of RAM and a 32 GB internal memory. The other model comes with 4 GB of RAM and 64 GB of flash memory. With a MicroSD card can expand the internal memory for both versions up to 128GB of storage.

On the camera side, Huawei Mate 8 features a 16-megapixel primary camera with Sony IMX298 sensor, an optical image stabilizer, f / 2.0 aperture and dual LED flash. With this great camera, Capable of video recording is possible in Full-HD. The front camera, also with Sony sensor (IMX179), has a resolution of 8 megapixels and it has an f / 2.4 aperture. An LED flash on the front panel. 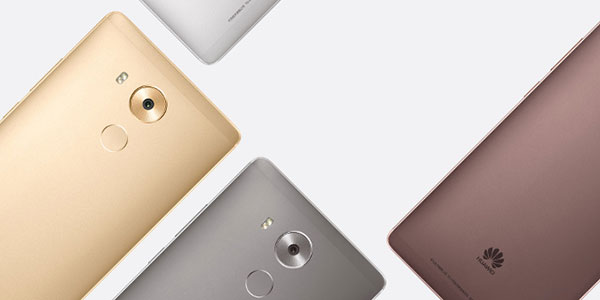 Huawei Mate 8 uses a new generation of fingerprint touch technology. In addition to improving the appearance and recognition area, And this technology can strengthen more than finger identification feature to reduce the error rate to ensure the recognition success rate. Which is placed at the back side under the camera, Huawei Mate 8 supports fast charging technology 9V / 2A, it takes around 2.5 hours to Full charge.

OS and Other Features

This device compatible with LTE Cat-6 modem with download speeds of up to 300 Mbit /s. Wireless Module (802.11a / b / g / n), Bluetooth 4.0 and GPS with Glonass support also on board  and NFC module for mobile payment. The Mate 8 runs with the latest google OS  Android version 6.0 marshmallow with the brand new EMUI-Launcher 4.0.