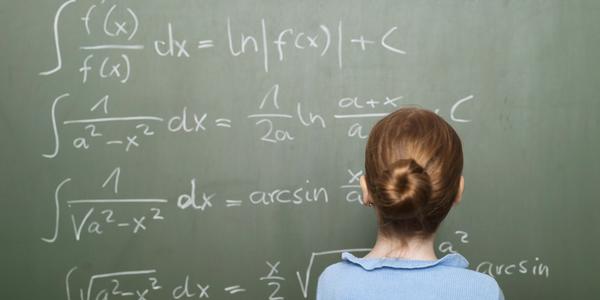 How To Help A Child With A Math Phobia?

Do you remember that feeling of anxiety before the upcoming math test? You were probably told by your parents that this is a normal reaction. It is not, but it took some time to understand the damage caused by math anxiety. Math phobia has not been researched properly, until the first tests conducted in 1970s and we still do not know what exactly is causing math phobia. One thing is certain, though – children with math anxiety do not achieve as good results in math tests as kids, who are not afraid of math. And since one thing leads to another, children with no math phobia usually end up with better academic achievements and professional careers than math anxious kids.

What is causing Math Anxiety?

According to the most common notion, math phobia is a result of bad performance in math tests – the more time your child fails, the more anxious he or she will be before the next test. Bad performance also supports negative attitudes towards math – students, who continually underperform are less likely to see any positive value in math, instead they perceive math classes as a struggle and a painful duty. However, the recent studies showed that math phobia may have neurological foundations and be very similar to other anxiety disorders. Through the use of brain scans and other neurological techniques, the scientists have proven that students with math phobia, who were solving algebraic problems reacted to the math tests in a similar way we all react to a snake or a spider. Further studies have also shown that the more the child is panicky about math, the more difficult it is for him/ her to process information. In result, the child needs more time to solve math problems and more often falls under pressure.

What can be done to ease the Symptoms of Math Phobia?

Parents of kids with math anxiety should not reject their children’s problems as something that is “not real”. All kids with learning difficulties need extra attention and there is a lot you can do to help. Start from assisting your children when they are doing their homework or preparing for the upcoming tests. At the same time, do not put too much pressure on the child to do better at math tests. Celebrate even the smallest achievements and reassure your children that you are always going to support them. If your help is not effective or if you do not have the skills to explain math problems to your children, look for a special math enrichment program for your kids. A good idea is to try an alternative method of teaching math, such as Singapore Math, which is particularly famous for its results. It has been proven that Singapore Math can increase children’s ability to successfully solve math problems and in result, it can also successfully improve students’ confidence and reduce their math anxiety symptoms. Solve your children’s problems with math and look for Singapore Math workshops in your local area.

Marta Gromadzka is a writer and editor with a wide variety of experience, including writing for websites internationally and editing books on many different subjects and in a variety of formats.

previous article
Tips For Choosing The Best Elementary And Middle School For Your Children
next article
Demography: How You Can Use It To Make Your Marketing Campaign More Successful