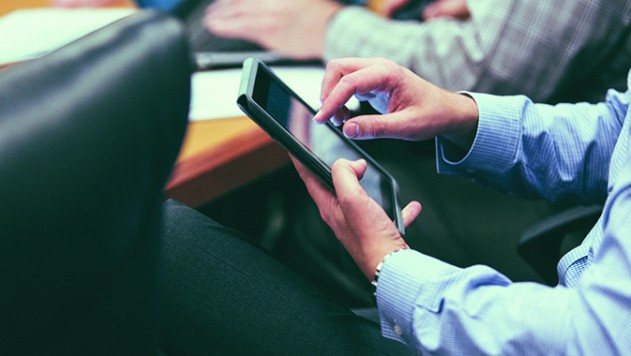 How to Encourage Resistant Individuals to Embrace the Technology?

Although those people don’t directly say that smartphones and the Internet are of the devil, their cynicism can be rather unbearable. In reality, people would find that their lives are incredibly lonely without these modern devices. Although many people could prefer to talk directly with others, they find it increasingly difficult and inefficient to do. It would be a waste of time and money to drive to a friend’s house just to ask for information. Even in this modern era, some people still think that smartphones are devil’s spawn and they insist on associating these devices with whatever moral anchors they have.

These people could be more comfortable with landline phone, although this old technology was once cutting-edge and considered as “satanic” by some people as well. In reality, this resistance is caused by their inability to keep up with the recent technology. The real difference between them and people who embrace technology are that the former don’t know how to use it. Many people have proven that embracing technology isn’t equal to losing moral values. In fact, the technology can be used as a way to propagate moral values to others. The old and rather boring analogy is by comparing the technology with a knife or fire, which can be useful or dangerous.

Many people who insist on embracing old technology could find that their lives will be more difficult or even isolated. In this case, it is important for family members to slowly approach them and provide an introduction about modern technology. If these resistant people insist on maintaining moral values, family members should look for ways to choose a technological implementation that will not only help to maintain these values, but also spread and enhance them. Family members should be quite sympathetic to these people’s plight and look for solutions. Without enough technological implementations in their lives, these people will be miserable, unless they live in the woods, far from the urban civilizations.

Any bad news about the technology should be negated with enough information and argument on how to improve things. There should be emphasis on how people could benefit from proper implementations of technology. Some people can be concerned with how a migration to more advanced technology would cost. This will require a more technical approach, but people could be shown how to choose low-end solutions that match their requirements. Fortunately, these new tech users could require only basic features and it won’t be necessary for them to purchase high-end items.

After the initial introductions, many of these people could be surprised at how the technology could really help their lives. They could think that they have missed so much in their lives. They could become enthusiastic technology user and some can become evangelists to people who are still resistant to the technology. Eventually, the world will evolve further and there’s no place for people to use older technology, because in many cases, they will become unavailable in the market.