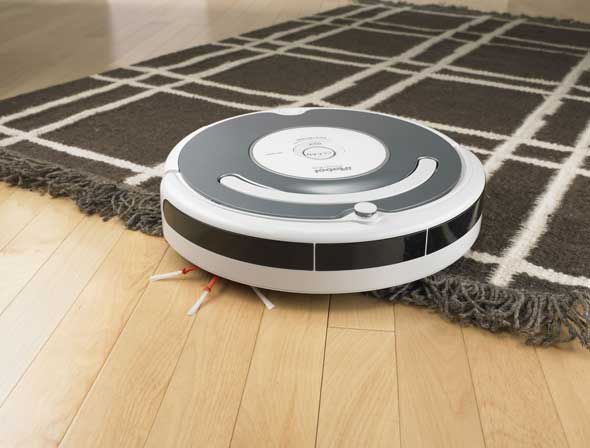 How to Choose a Vacuuming Robot?

Domestic robots are actually already available for home uses, although they may not be as intelligent as those shown in cartoons and sci-fi works. They are able to help us perform household chores and manufacturers have developed their unique models. These robots are essentially autonomous and they can be connected to the WiFi network. Other home robots are designed for entertainment purposes and social interactions. Vacuuming robots are included into the former category and they could lessen our household chore burden. Vacuuming could be among the most tedious chores, so busy professionals may seek to liberate themselves from this activity.

Vacuuming robots don’t appear like robots we see on sci-fi films. They usually are usually pizza-shaped and have compact dimension. It has embedded sucker that clean up the whole area. The basic models with only essential features could be available for $100, while more advanced models can be priced more than $1,000. Early models often have primitive controls and awkward designs. When choosing a vacuuming robot, we should consider different factors, such as battery life. It would not be too helpful if we are annoyed by the “Low battery” warning long before the whole house is completely cleaned.

More expensive models are not only equipped with basic sensors that avoid obstacles, they also have an internal storage to remember our house’s layout, which can be processed by the processor and embedded software. Some models could even remember the position of the recharging station and connect themselves when their battery charge is low. Regardless of models that we choose, we should be aware that they are meant to help our works. It means that the robot will automatically switch itself on and clean the house at specific hours, specifically after all members of the families go to work or school.

In general, vacuuming robots work better on hard floors, while some could make a smooth transition to thick carpet. So, it is essential to make sure that these robots could clean up carpets as well. They suction power could also be adjusted automatically depend on the type of surface, such as low suction for hardwood flooring and high suction for thick carpet. It means that the vacuuming robot should have a detection sensor. Price of vacuuming robots will determine their special features, as an example we could set up virtual walls. Our primary interest should be about gaining a good convenience factor.

The robot should be solidly programmed so it will not miss an area despite the presence of new obstacles. This can’t be achieved if we have a low-end robot that cleans up the area randomly. An efficient machine shouldn’t do the same thing twice unnecessarily, so the robot shouldn’t clean up areas that have been vacuumed before. The robot should also linger in an area if it is extremely dirty and this will require a good sensor. Another thing that we should consider is the size of the dust bin. It means that we could be confident that the robot could clean up the whole house if the bin is large enough.