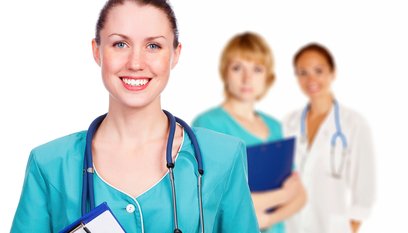 How Obamacare Is Affecting The American Healthcare workforce

The American healthcare system was barely standing on its legs with a noticeable shortage in almost every health care profession in America even before the ‘Affordable Care Act’ or ‘Obamacare’ came into implementation. According to reports, the American healthcare system was expected to not be able to meet the demand of the country’s ever aging and rising population, let alone meet the demands of more than 30 million Americans wanting a health insurance policy and Medicaid.

With the implementation of ACA, system overload is inevitable and as a result, individuals and families wanting immediate care will face longer wait times, greater difficulty accessing providers, shortened time with providers, increased costs, and new frustrations with healthcare delivery. The end result could be catastrophic. With an expected rise of 9% of old people by 2050 in the country, even more stress would be put on the existing health care workforce.

The growing burden of implementing the ACA can prove to be the sole factor leading to the increase in dissatisfaction among the existing healthcare workforce and even worsen the current condition that it currently is in. ACA was implemented with a triple aim of increased quality and satisfaction, reduced costs, and increased health, which can only be guaranteed with a highly  efficient workforce.

While the increasing repercussions of implementing the ACA can no longer be ignored, problems don’t seem to end for Obamacare. After the initial opening of attaining Obamacare by the citizens of America, which ended on 15 December, 2017, Trump administration has marginally reduced funding for the project and has reduced the tenure of the application period for the year 2018.

With a reduced window, the funding should be increased for Obamacare keeping in mind the inflow of citizens that applied for the policy in 2017. But it’s happening the other way around, which is really bad news for Obamacare and it’s future.

But there’s a ray of hope, not everyone is trying to degrade Obamacare. Americans believe in the step taken up by their former president and are working hard to make it come to life, like they envisioned it in 2012. For the number of growing number of insurance policy holders seeking care, new care delivery models are being set up. One glorifying example is of community paramedics who respond to calls on 911 and provide direct on-site care. Another example is a new breed of health care providers called extensivists.

Extensivists are basically hospital physicians who also practice outside of the hospital. Other than that, there are new care settings designed to bring care to people where they live, such as freestanding EDs that are not associated with hospitals, urgent care centers opened by insurers, minute clinics, there is also a significant focus on the use of telemedicine and the ability to provide remote consultation and care for patients, both routinely and in disasters.

Even after seeing the negative stance of Trump administration on Obamacare, people still hope and believe that they’ll reap the benefits of this act in the long run.

Tags:Affordable Care Act’ or ‘Obamacare’
previous article
Why You Need A Good Bankruptcy Attorney
next article
Top Benefits That Come with Organic Waxing