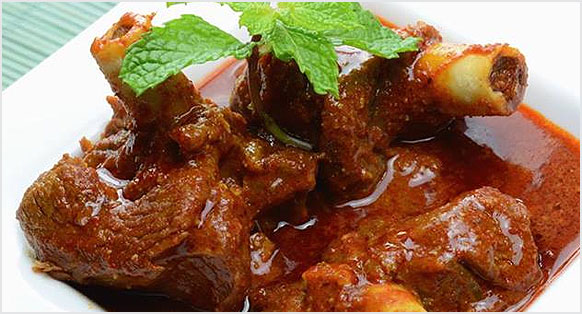 British eating habits have changed dramatically over time, and nowhere is this more evident than at the meat counter. While about 14% of the average British shopping basket is made up of meat and has been since the mid-seventies, the type of meat we buy and how we use it is very different.

In 1974 beef and veal were by far the most popular meats for British diners. Chicken was in second place, but well behind and about level with mutton and lamb. Pork was another popular choice, and ready meals or convenience foods were a rare sight on British dining tables. A number of events have changed this picture.

The biggest noticeable change has been in the consumption of ready meals and convenience foods. In Britain we eat five times more of these kinds of products now than we did in 1974, while the proportion of fresh meats such as mutton, lamb, beef and veal and pork has declined accordingly.

In 1988 chicken took over from beef as Britain’s most popular meat as a result of the BSE crisis. It became clear that there was a direct link between eating beef from BSE-infected cows and the human variant of the disease, CJD. Around the same time, the public began to object to the ill-treatment of animals reared for food, particularly veal. While beef has made up some ground since the BSE crisis, it still lags far behind chicken and prepared convenience meat products in popularity.

In 2013 the meat market had another storm to weather when horsemeat was discovered in some convenience foods. Frozen spaghetti Bolognese and lasagne were the main culprits, with horsemeat substituted for beef by manufacturers trying to cut costs by ordering from dubious suppliers. The scandal has made British consumers take a good look at what they are eating and where it is coming from, and many have chosen to switch to fresh foods prepared at home as a result.

Kitchenware suppliers such as Cilantro Cooks Shop have noticed an increase in sales of products used to prepare food such as kitchen knives and other items, while TV shows such as ‘The Great British Bake Off’ have created new celebrities. There have never been more cooking shows on TV, the internet is liberally adorned with foodie blogs and eating out has declined in popularity over the last few years.

With 40% of households admitting that cost is a major factor when making food-buying decisions, the popularity of meat has also been affected by rising prices. Beef and pork prices have risen significantly since 2007, with lamb the only meat to drop in price since then. The price of chicken has also gone up, but by a smaller percentage than beef and pork.

The change in British eating habits has no doubt hit farmers and meat producers hard, but scandals have obliged the public to examine the origins of food more closely, which can only be a good thing. While chicken has so far survived the public distaste for battery-farming methods, it remains to be seen whether it too could be affected by the UK public’s conscience about animal welfare.