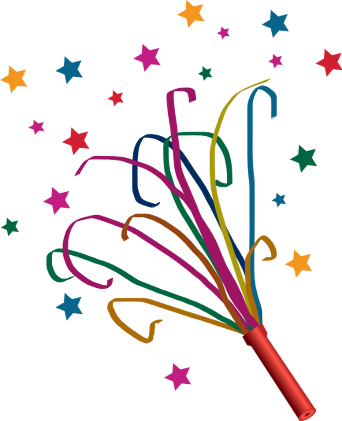 It takes more than birthday cakes, hawaiian shirts and golf outings to get employees excited about coming to work. Think about it. Take one good look at the firemen, police officers and even military men and women out there, and you’ve got to wonder one important thing: are they interested in the corporate culture? Apparently!

If they’re interested, how did they get interested in the first place? After all, we’re sure to believe that no police officer just wants to get in front of the crossfire, or a fireman wants to rush into a burning building except for the fact that it’s what they love to do, but undoubtedly they need some sort of support, some sort of encouragement to keep doing what they’re doing….

That’s Where the Corporate Culture Comes In

There are, though, four things to keep in mind when trying to get employees interested in your own corporate culture. You may not be a firehouse or police department. You might be something as simple as an accounting office; and, yes, that could easily get boring, no offense to the number crunchers of our world as essential as they are to our basic survival, but you can nevertheless still make work something worthwhile for them, starting with….

The Idea of Induction

You make a spectacle of someone coming into a position, whatever it may be. Recruit well, introduce the person to everyone, get everyone involved with the new hire, celebrate it and practically immerse him or her into the environment, and vice versa.

It’s tricky, though, because it’s hard to gauge and measure. More often than not, the idea of belonging to a company falls on the responsibility of the employee. Either they want to or not. It’s not enough to simply write your values, your core beliefs, your mission statement on the wall. They have to echo it everywhere they walk. They have to live it.

That’s hard to do. But you’ve got to do it. Once you do it, they’ll start doing it as well.

Inducting People Is Really a Process

It doesn’t happen overnight. Sure, that “celebration” certainly broke the ice, but don’t expect that employee to come in the next day feeling like he or she can conquer the entire world with the name of the company written on his or her forehead.

Think three weeks. That’s how long the “period” should be. You gradually get them involved, teaching your new employees what the general attitude and behavior is for the office. Be proud of it. Be open about it. But don’t drive it down their throats. This is their process, not yours. They have to assimilate it themselves. Once they do, they own it. They become it.

We don’t want to associate ‘school’ with business, but in effect, that’s what it’s all about. Training. Professional development.

Oftentimes businesses, especially insurance companies, will take the new hires and put them through ‘classes’ about licensure and testing for the certifications to sell insurance policies. They’re group settings, too. A lot of the time, those kinds of settings are actually quite enjoyable. Many companies may even provide nourishment during those times for obvious reasons: these new hires aren’t actually working, but only learning, and sometimes that can be a drag.

The long-term benefit, though, is simple: it builds a team. You develop peers. Friendships are created. When you get speakers from the company showing up to instruct your employees, too, about what they need to do in the business, what they need to know and how to apply it, you’re setting your new employees up for success, a foundation and the desire to prosper with their new company. As I’ve said before — it’s about them taking ownership.

Best of All…. Once You’ve Got Your Culture Down, It’s Hard to Remove It

Examine the experienced methodology of your highest profile business lawyer, and you’ll know that what they do is very much like riding a bike. This is the final moment of where you know you’re on the right track —

It’s easy asking this question — are we on the right track? If not, you can fix it easily. If you are, guess what: the rest is all downhill. Staying on that track will be smooth sailing for you and your business, and all you’ll have to do is spend a day every three months to revisit the culture just to make sure everyone’s behavior and attitude is in sync with your overall vision.

Nothing more, nothing less — the effort is minimal, and the benefit is extreme. Remember that. The hard part is believing that such minimal effort, such minor background work into the inner workings of your corporate environment can have such a drastically positive effect.

Trust me…. It does. Follow these basic guidelines, and you’ll see it happen before your eyes. Before you know it, your employees will almost seamlessly operate it like clockwork.

Matt Faustman is the CEO at UpCounsel. You can follow his business insights on Twitter at @upcounsel.

previous article
Yahoo Steps Up Its Security Effort In Wake Of Recent Breaches
next article
What Is A Blepharoplasty?