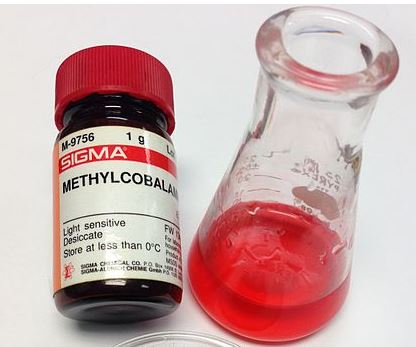 Vitamin B12 is rapidly becoming a health and beauty sensation, coming at the recommendation of everyone from Hollywood starlets to serious politicians. This vitamin has long been known to be essential for wellness, however until recently the injection of it had been reserved for those suffering from a serious deficiency. Now it is a common supplement that can aid in the appearance of the skin as well as increasing the user’s general energy level.

What is Vitamin B12?

The vitamin itself is not a recent discovery. It has always been known that B12 is beneficial for the human body. But it wasn’t until recent years that scientists discovered just how beneficial it was. B12 works as an energy booster that increases the blood’s natural ability to store and distribute oxygen. From within the red blood cells, B12 is able to effectively energize body functions and increase overall health.

Unfortunately, vitamin B12 is not very common in food. Without a consistent food source, B12 was often pushed to the back burner within supplements as well.

As research continued, doctors and scientists recognized the potential health benefits associated with B12 and worked to find a way to make it more accessible to the population. This was easily done by an injection. Many doctors recommend the shots over oral supplements due to the direct application to the blood stream. The result of which is much less is lost in the digestive process.

These shots are very effective due to their speedy absorption rate and only occasional renewals. So what are some of the associated health benefits of vitamin B12 shots?

Vitamin B12 has been shown to increase metabolism which can aid in weight loss. Regular B12 injections, when combined with healthy diet and exercise has been proven to help accelerate weight loss far more than a regimen without the shots.

B12 has been scientifically proven to help boost energy and increase the mood of those using the shots. This benefit is widely associated not just with the injections but also with oral supplements. This energy is considered “natural energy” as opposed to “stimulated energy” which is often the result of caffeine.

No. 3: More effective than oral supplement

As mentioned before, the injections hold a certain amount of power over the same vitamin taken orally. When receiving a vitamin B12 shot, the body is able to retain much more of the beneficial vitamin than it would be able to if the vitamin was taken as an oral supplement. In fact, when taken as a capsule or pill, the body is only able to receive the benefit of less than five percent of the actual vitamin.

Due to its positive effects on the central nervous system, B12 has been shown to increase the overall mood of those who receive regular shots. Even more, it can be used to fight depression which is caused by malfunctions in the nervous system. As a mood booster, the effects are generally long term and not likely to wear off after just a few hours.

At its core, Vitamin B12 is essential for the body’s cardiovascular system to function properly. It has the ability to thin the blood and prevent blood cells from clumping – which in turn prevents blood clots. This can reduce the user’s risk of stroke, heart attack and high blood pressure. This is considered by many doctors to be one of the most beneficial functions of the injections as it gets to work fighting possible problems immediately. Because of its work in the blood stream, it can also improve the look and feel of skin.