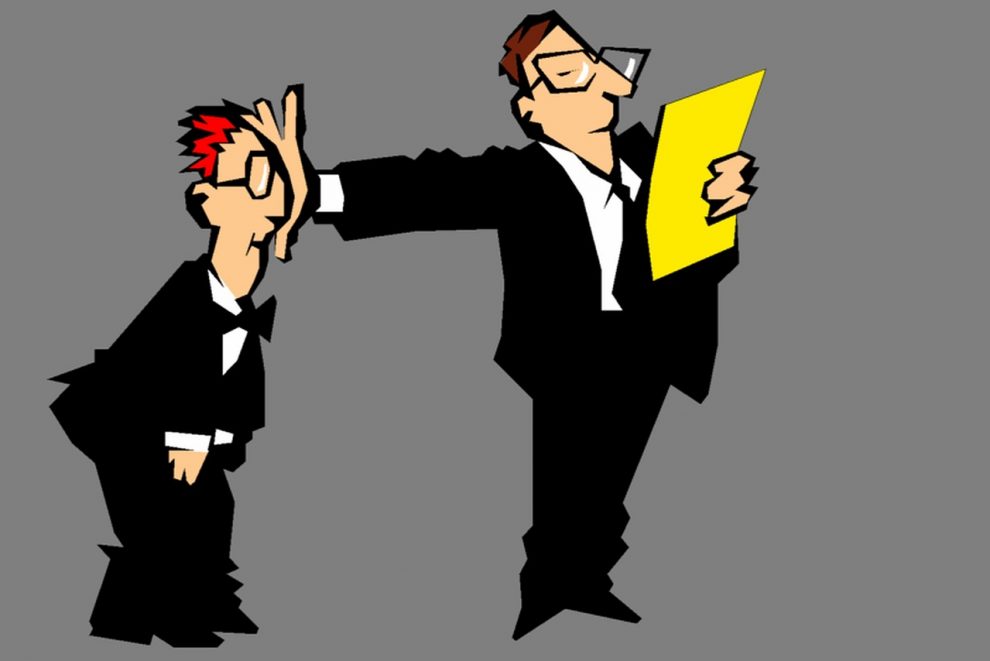 Fight or Flight: Dealing With Unethical Requests from Your Boss

Whether you’re new at a job or you’ve been working for the same company for years, you know that the workplace atmosphere depends on your boss. A good leader can attract and keep employees even if the job is somewhat disagreeable. A bad leader, on the other hand, can drive people away in droves. No matter which kind of boss you have, sometimes that boss might just say something or ask you to do something that is unethical, against the law, or both.

Many of us have had to make the decision of whether or not to follow orders for an unethical or illegal request. Being asked to do something that goes against your principles causes stress, makes you dread each morning, influences your overall well-being, and finally, it can make you start thinking about quitting. However, before taking that final step, try the following steps to make sure there is no other way out.

1. Make sure you understood.

Often times, such a request is merely a misunderstanding that requires clarification. All you have to do is ask, “How was that again?” In a best-case scenario, the boss will clarify, and you’ll say, “Oh, that’s what you meant.” If the request is the same, however, you have to have the confidence to decline politely.

It does no good to get into a screaming match with your boss, it might just get you fired. If you stay professional and say something like, “I’m sorry, but that’s illegal. I will not do that for you,” your boss cannot consider you insubordinate, unprofessional, or rude.

If the transgression is something bad but not illegal, such as breaking promises to employees, lying to gain an advantage, or something similar, remain just as professional. By doing so, you may not only defuse the situation outright but also, if the situation continues, serve notice that you are aware of your boss’s behavior.

If your boss is doing unethical or illegal things, you’re probably not the only one who has noticed. Before approaching anyone else, however, be sure to document everything. Make notes. Transcribe conversations to best of your ability. Keep copies of everything you transcribe in more than one place, on your work computer, in the cloud and offsite.

Remember, your lockers, desks, and everything else is fair game at your place of work. An unscrupulous boss who knows you’re onto them might just snoop through your desk or locker and pitch everything you have in an effort to protect themselves.

Once you’ve documented what you’ve witnessed, it’s time to approach others and see if they’ve had the same experiences. If they have, ask them if they are willing to pursue the matter further. Remember that strength is in numbers.

4. Be ready to file a complaint.

If your polite refusals and professional conversations have not worked out, you might have to take the final step of reporting your boss’s behavior. But, first, you have to be aware that tough times lie ahead. Prepare for a stressful period, both mentally and physically. It is important to remain calm and approach the matter in a professional way. Breathing exercises and meditation before the showdown can help.

After good preparation, you have to decide whom to report to. In the case of internal matters that are within the law, that should be your HR department. In the case of illegal activities, it should be the police. In either case, if you fear reprisals, such as losing your job or worse, it would be a good idea to retain a lawyer before filing the complaint. Be absolutely sure that you have complete and detailed notes of everything you have documented and that each person can get a copy. Never give anyone, even your lawyer if you hire one, your last copy of your documentation.

5. Have an exit strategy in place.

Despite your best intentions, high ethics, and utter professionalism, reporting your boss could backfire. It’s best to have plans in place for this eventuality. Do you have some savings for the transition period? Can your family live normally without your paycheck until you find another job? It is best to have at least three months of cash reserves before you quit your job.

It might be best to find another job before walking out of this one. Imagine if you worked for Enron or Arthur Andersen before the implosion and that you were completely blameless in their shenanigans. Now, imagine that you had known about the problems and had lined up another job immediately. You quit before the proverbial “hitting of the fan.” When you sit in front of a hiring manager having to defend one of those names on your resume, you will be seen as an ethical worker instead of a tarnished one.

So, develop a plan. You might not need it, but you have to remember one thing: HR works for the company. Many times, they rule in favor of management unless the data are so compelling and/or egregious that they cannot be ignored. In the case where the behavior you reported is illegal, the company could terminate you for any one of a number of reasons. Besides, even if you stay, you might be considered a Judas even if you were in the right. Toxic loyalty is still loyalty.

Turning over a New Leaf

All in all, if you don’t see an end of your boss’s unethical requests, be prepared to take action. If you love your job and don’t want to leave it, take a deep breath, find backup and try changing the situation. However, make sure you have a plan B in case your efforts fail.

Despite anything terrible that happens regarding your boss, never say anything disparaging about them that isn’t factual and in the public record. For example, if you worked for Enron, you could say, “My former boss is in jail,” and be completely professional. Saying, “He’s a jerk,” is not. Even in cases where things were not that pronounced, you can protect yourself while remaining ethical and fair.

Tags:bossbusinesscareerunethical requests
previous article
Diamond Rings- The Ring For Expression Of Your Love!
next article
Booming Of Indian Handicraft Industry