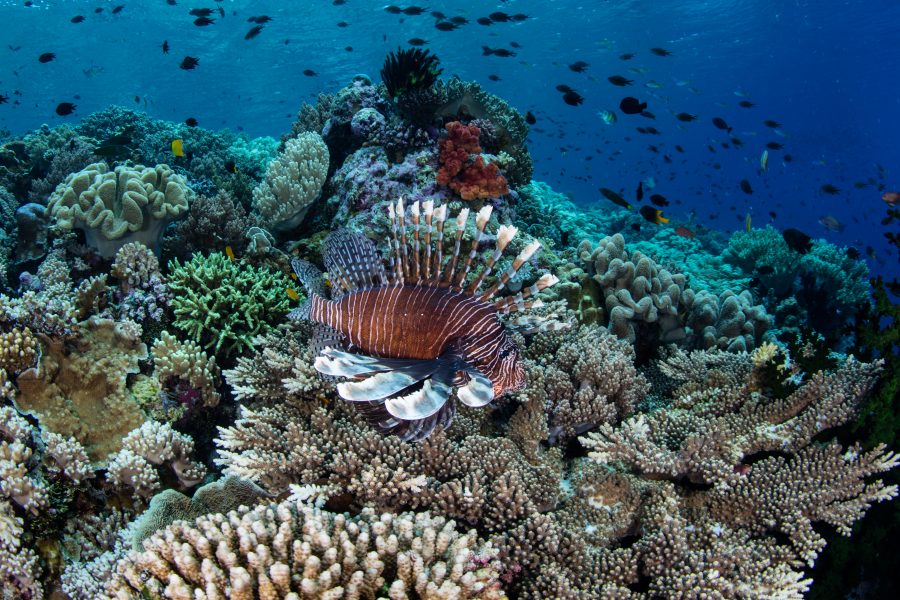 Wakatobi National Park is one of the largest marine parks in Indonesia which is located in South East of Sulawesi Island. Since 2005, this park has been listed in the World Heritage Site. Wakatobi is an acronym of four island names there; they are Wangi-Wangi (WA), Kaledupa (KA), Tomia (TO), and Binongko (BI). Those islands have their own characteristic that makes them be incredible in their own way.

Wakatobi is recognized as an island which has the highest total amount of fish and reef species in this world. You can find a lot of spectacular things, especially in underwater view in this island since there are many accessible dive sites from the main island. It is like a home for small and large species of fish, turtles, dolphins, and also whales.