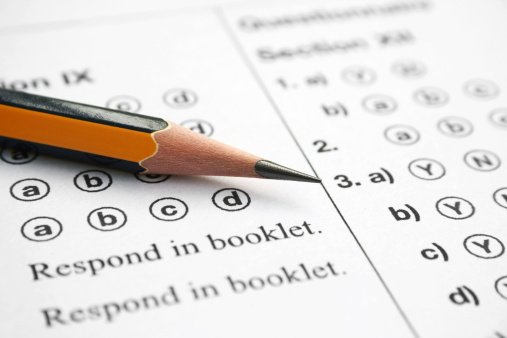 Depicting The Essentiality Of The Aptitude Tests

It is of the common notion that any psychometric assessment test to be called scientific and standardized needs to be objective, reliable, valid, practical and should maintain all the four common types of norms.T his is to inform the managerial heads in an organization that a psychological test is a standardized process which quantitatively and qualitatively measures one or more than one aspect of a trait, with the help of a sample of verbal or nonverbal behavior.

The main purpose of any psychological test is as follows:

For the knowledge of organizational heads, the measurements can be both qualitative as well as quantitative. The cognitive processes, characteristics and traits of a person is qualitatively and quantitatively evaluated and measured by an organized array of stimuli. This is an organized and standardized measure of a behaviour sample.

Aptitude test for placements definitely consists of such organized succession stimuli, which means that the items of the test are arranged based strictly upon the principles of test construction, keeping in mind the customized needs of every organization. Items of the test go through rigorous item analysis and administration process is standardized to ensure maximum objectivity. The standardization become essential to ensure that the testing processes are kept uniform for different examination and various situations. Standardized procedures and techniques of the est are all what is wanted by the organizations. Lack of it not only changes the character of a test but also reduces the validity and messes up the difficulty level of the same.

However psychological test is supported by a limited instance of behavior. That is to say, any psychological test assesses a particular quality of a person’s behavior. It does not take into account the totality of the same. Like for example, verbal analogy and reasoning test use few words as a sample, to predict a person’s knowledge about words. It might be so that the person’s knowledge is poorer or stronger than that. But it obviously signifies that test will hold some amount of errors. However the latter are few, and can be minimized by making an extensive and careful test design. However errors can never be fully eliminated, but it can be effectively minimized.

Psychological tests give scores and categories which can be subsequently interpreted with reference to a standardized sample. The latter must be however a representative of the population for whom the test is meant, so that it may be possible to evaluate every person’s test score or results in comparison to the reference group. Some psychological tests are a norm referenced test, which means that results from them are interpreted with reference to the standardization sample whereas some psychological tests are criterion-referenced. These are used to determine an applicant’s position with reference to a tightly defined criteria or educational objective. On such tests the comparison is done with an objective standard, rather than with the performance of other examinees.

Tags:Aptitude Tests
previous article
Running A More Eco-Friendly Workplace Environment
next article
The Best Instagram Promo Ideas For Your Website Are At Your Disposal