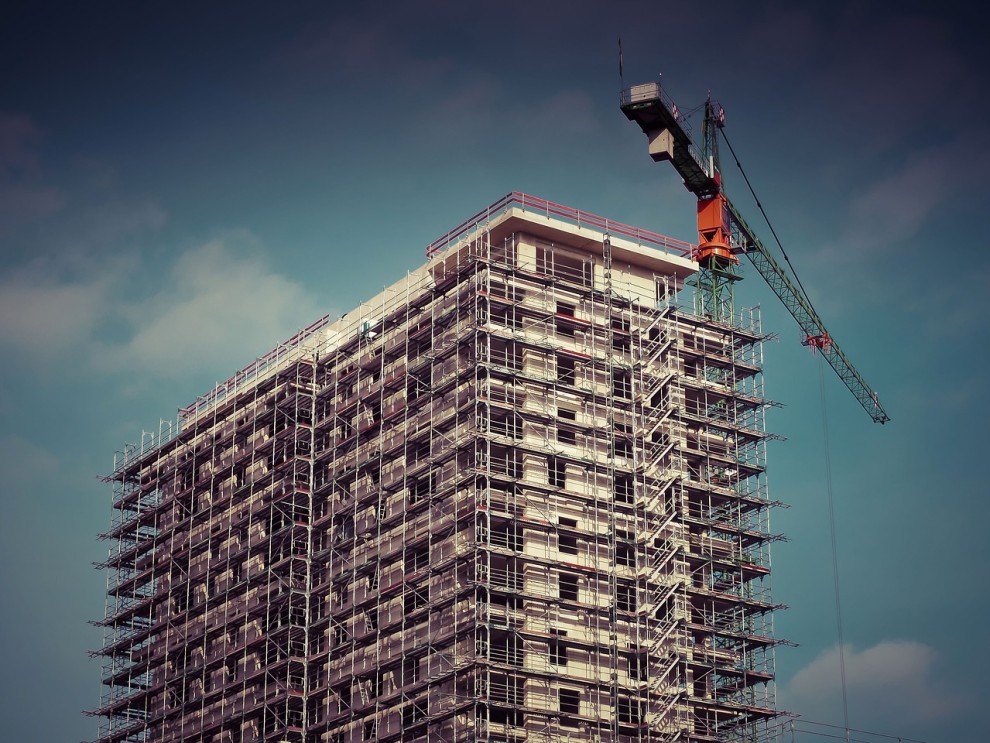 Construction Sites Pose A Threat To Public, Not Just People Involved in Construction

We have all experienced the feeling of concern for construction workers in various occasions. Just to see them balancing on enormous heights makes us dizzy, and spotting them on the middle of the road with cars speeding by makes us almost jump back ourselves. Although there are cases of peculiar accidents of construction workers, they’re nothing compared to the bizarre ones that happen to the larger public.

Next Stop – The Twilight Zone

There is a fifth dimension beyond that which is known to man, and there are just ordinary walks past the construction sites at the wrong moment. Although not narrated by Rod Serling, the latter is not less bizarre.

If you’re a proud owner of an iPhone you’ve probably played the new game called Plummet where you can choose from five different characters falling through sky, space, tunnels, and cities. Tilting your phone to the right or left in order to achieve the highest score makes even the mode where you’ve fallen down a deep construction whole seem like fun.  But for its developer Mark Major falling into a hole 30 feet deep while walking past a construction site in Beijing was far from fun experience. He did get the idea for the game, but he also broke his back.

Place: London. Time: Wednesday morning. A 91-year-old woman is walking down the street when the fence at the edge of a construction site topples to the sidewalk, breaking her shoulder and hip.

We move to the Ohio State University in 2012 to find an 18-year-old student with damaged pelvis and spine, missing his right leg. This was the consequence of an ordinary bike ride that was abruptly interrupted by a dump track exiting the construction site.

Each of this cases can hardly be classified as an extraterrestrial phenomenon since they wouldn’t happen if the hole in Beijing was properly stabilized or guarded, if the London site had implemented proper construction fencing, and if only Ohio university contractors used adequate safeguards to direct bicycle and pedestrian traffic around the site, such as flag persons or signs.

With too many members of the public who are injured by passing near construction sites, it’s time to return to reality.

The same way as Rod Serling communicates with its audience, providing navigation through peculiar realms with his precise narration, as a person in charge of the construction site you need to make sure that the communication on it is adequate. Since construction sites often employ multiple contractors, your job is to determine who will be responsible for the protection of the public, managing safeguards and their maintenance and inspection.  Basically, you need to be like an all-present narrator who has every part of the story perfectly under control.

But you can’t achieve that if you’re not aware of the specific rules which tend to vary from one site location to another.  In order to be able to take all the necessary precautions, you need to determine all the regulations that apply in your area.

In order to provide public with navigational guidelines, you need to know every bit of terrain yourself, first. And we’re not talking about memorizing the blueprint of the construction site, but about being aware of the major areas of concern.

We can all agree upon the fact that there wouldn’t be any bizarre accidents if people just wouldn’t be passing by the construction site. The fact that they’re not authorized to be near is not enough, but you need to keep them physically away. Make sure you set up boundaries in the right way, for we’ve seen what can happen due to improper fencing.  And ‛Caution – Do Not Enter’ labels are not just visual spices in horror movies, although their appearance in these late night shows helps when it comes to curious individuals thinking about entering after work hours.

We have to accept the fact that people usually don’t watch where they are going, especially in these modern times when it seems that their eyes have been ‛glued’ to their smartphone screens.  That’s why all trenches and excavations need to have proper physical boundaries (or guards, depending on the number of them) in order to evade the occasion where the pedestrian doesn’t have a chance to finish his text due to the broken back. 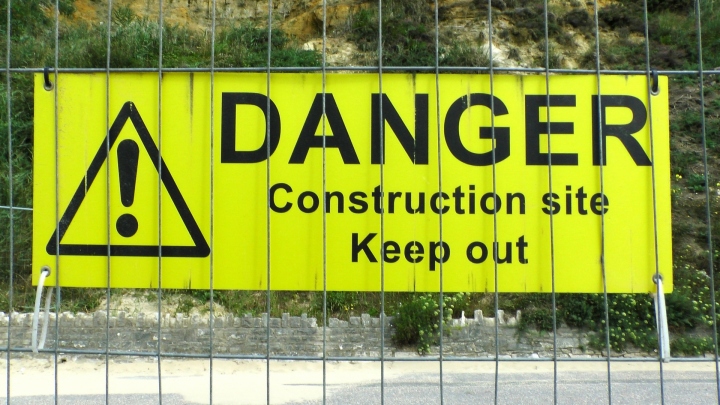 We interrupt this program to bring you breaking news – a tape measure falling 50 stories form a high-rise construction project has killed a truck driver in New Jersey.  Although this news could find its place in the Twilight Zone due to the bizarre small size of an object, the fact it was traveling from many stories up in the air makes the danger a perfectly real one. Workers have their hardhats but pedestrians don’t, so you need to secure strategical placement of netting (to catch anything that might fall), chutes (so your workers can toss materials without smashing anyone’s head), and sidewalk sheds as the most common durable structures placed around walkways.

If you remember the unfortunate broken-down student from the beginning, you should know that the investigation has lead to the conclusion that the bicycle was in the blind spot of the driver, making it impossible to be seen. All the opinions about the law force aside, this could be very possible since people often end up in the path of traffic because they get confused by unusual traffic patterns that construction sites can create.  All you need to do in order to deal with this confusion is to simply show them the way by posting signs that will direct them.  Additional security can be found in removable bollards to make pedestrians avoid the area of high traffic altogether. And if you have a flag person at your disposal – use it.

Now that you know where to find the guidelines and what spots need to be on a constant lookout, the full control over your own private Twilight Zone will definitely put the famous Rod Serling smile on your face.