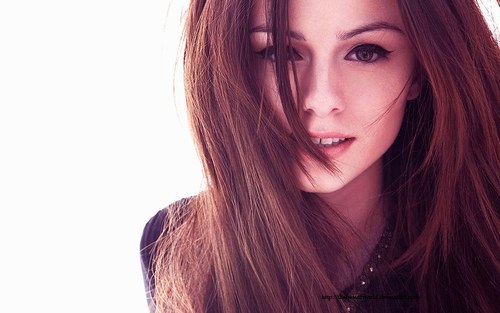 Cher Lloyd Net Worth And History Of Its Increase

Cher Lloyd is a renowned British singer, model and actress. She became famous when she was featured on the reality TV Show, The X Factor in 2011. She released two studio albums, Sticks and Stones (2011) and Sorry I’m Late (2014). Lloyd was nominated several times on various awards including UK Music Video Awards, MTV Europe Music Awards, Young Hollywood Awards, and won Teen Choice Award in 2014 and Radio Disney Award in 2015.

Cher Lloyd was born in 1993, in Malvern, Worcestershire in a family of Diane and Darren Lloyd. She has two younger sisters, Sophie and Rosie, and brother, Josh. She studied performing arts while she attended Dyson Perrins High School. Later, she attended school of the theatre arts, Stagecoach.

Before featuring in The X Factor, she participated in a qualifying competition known as The Text Factor where she performed the Lady Gaga’s song, Telephone and became the runner up. Lloyd applied twice for the X Factor and only after a couple of attempts, she was lucky to become a participant of the show. First appearances of Lloyd at the show were unsuccessful as she didn’t impress the host judges with her singing ballads. This forced her to change her music style and later she appeared on the show as a rapper. Young Cher was only 16 years old and managed to sing the Keri Hilson’s song known as Turn My Swag On, which this extremely impressed the judges. Eventually, Cherg reached the finals of The X Factor after several live performances and judges’ rankings, but she ended up it with the fourth place. However, Lloyd didn’t give up and continued to venture into the music industry.

Cher was soon signed by a record label company Syco Music that was owned by Simon Cowell. It was then announced that she began recording her debut album Sticks+Stones with producers of RedOne, The Runners and Johny Powers, and songwriter Autumn Rowe. The debut single Swagger Jagger was released on 31 July 2011 and immediately became a hit at the top charts. Previously, on July 28, Lloyd announced five tracks from the up-coming album, which featured Ghetts, Don Rotten, Busta Rhymes, Mike Posner and Mic Righteous. Sticks + Stones was released 4 Novemeber 2011 and sold in 55,668 copies only in the first week. Soon after this, Lloyd announced her first Sticks and Stones Tour in the UK in March and April 2012.

On 23 May 2014, Lloyd released her second studio album, Sorry I’m Late. The album reached only the 12 place in the U.S. Billboard 200 chart. Consequently, the singer dropped out the label Epic Records that poorly promoted the album and signed a new deal with Universal Music Group. Currently, she is working on her third album.

Lloyd net worth is estimated at $750 thousand. Therefore, it is small in comparison with, for example, Tyga net worth, which is around $7 million. However, Cher is yet to make a huge impact due to her talent and young age.

Richard Mon is a graduate from the University of San Francisco. He is a journalist and likes to write articles about celebrities.