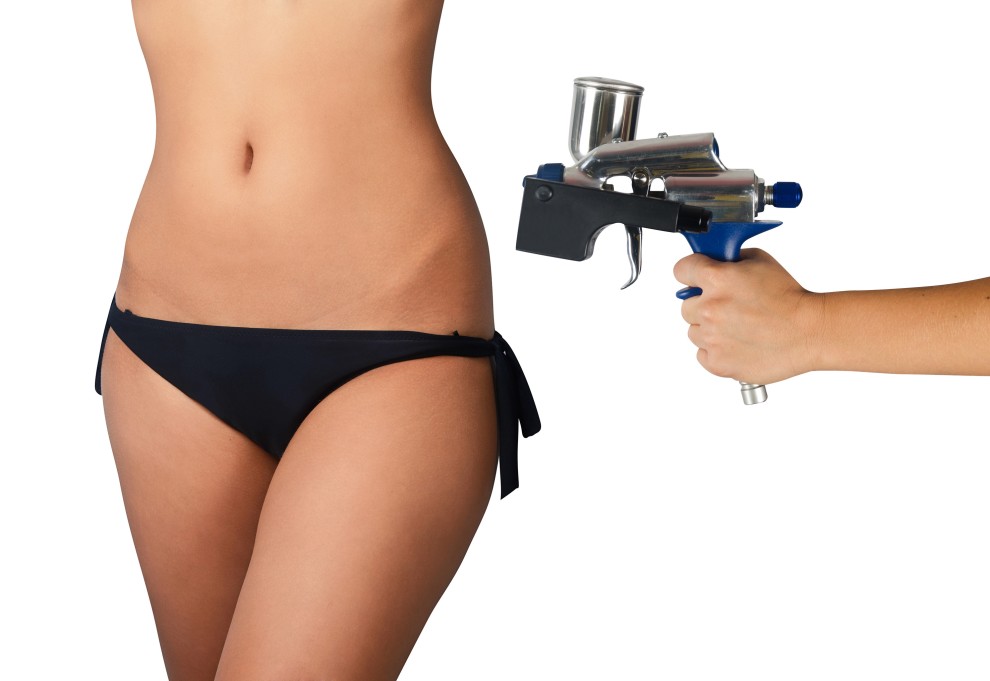 Celebrities Who Are Fooling You With An Airbrush Tan

Television and magazine advertisements are filled with models and celebrities who look like they just spent a week at the beach. The smooth, golden appearance of their skin makes you want to throw out everything you know about the dangers of tanning and get a golden glow that makes you look just like they do. Sun tans were originally brought into popularity by the rich because they were the only ones who could afford to spend their time sunbathing on the Riviera. In addition to being a status symbol, a tan also had a way of hiding flaws and making anyone look more attractive than they were with a fair complexion. In spite of the dangers of tanning, the end result still has the same impact today.

Many people are surprised to learn that the flawless tans seen on models and celebrities are not real. Tamar Vezirian of Gotham Glow in New York City explains that some of the salon’s most impressive clients include the models from Victoria’s Secret and Sports Illustrated magazine. It has become the norm for high-profile models to get a professional quality airbrush tan before a photo shoot to ensure they have the authentic look of a beachgoer without the damage the sun causes the skin. 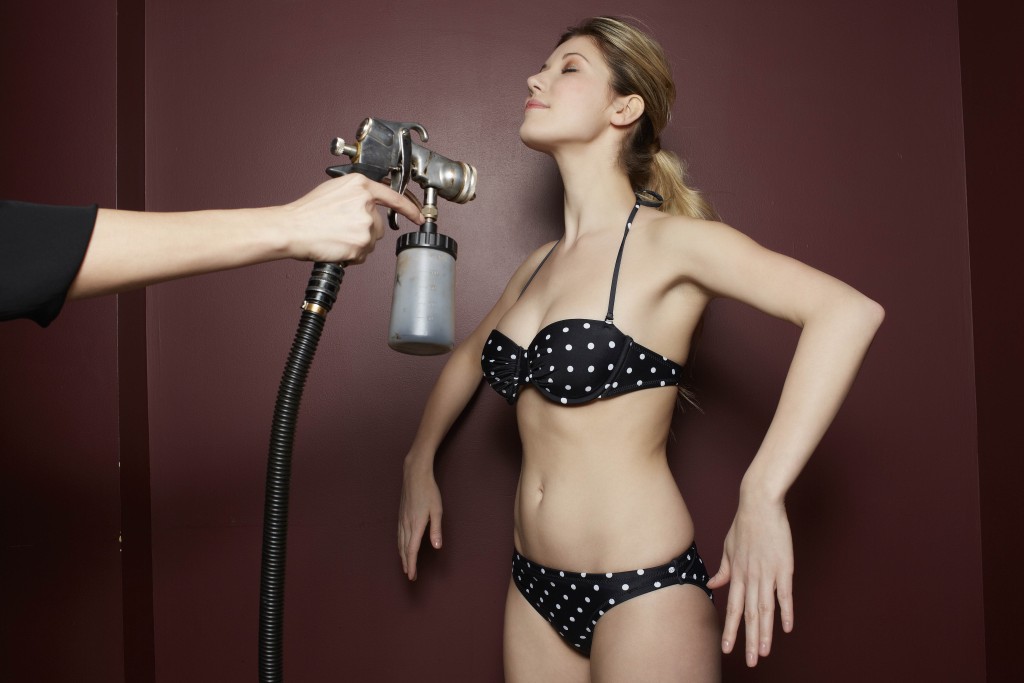 The Advantages of an Airbrush Tan in All Walks of Life

Celebrities have little privacy, with photographers snapping shots of them wherever they go. They are expected to look their best at all times in order to maintain their polished image with their fans. An increasing number of celebrities are turning to airbrush tans as a way to enhance their natural beauty without exposing their skin to the harmful ultraviolet rays of the sun. They wear sunscreen while they are in the sun and then have a healthy, natural-looking tan sprayed on to enjoy the benefits of being tanned.

The Popularity of Airbrush Tanning Today

Tanning is no longer a luxury that is limited to models and celebrities. The CEO of a company might want to indulge in an airbrush tan before having his/her picture made for the company calendar or for a portrait that will hang on the office wall. The same is true for employees who will be immortalized in a group photo or who will be attending an important event.

The bride isn’t the only one who may be blushing on her wedding day. The popularity of airbrush tanning has expanded to include the groom, bridesmaids, and the entire wedding party. Improvements to tanning solutions over the original formulas have made spray tanning popular for men and women who want to look their best for any occasion or who just want to enjoy the way a golden tan makes them feel.

Getting the Right Airbrush Tan

Despite improvements in tanning solution and application methods, some tanning salons still offer better quality results than others. To get the best airbrush tan in the city, look for the salon with experience, reputation, and a long list of celebrity clientele.