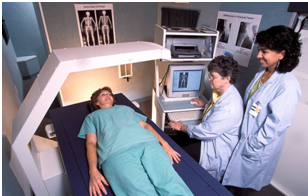 A new video game could be the key to delaying the onset of dementia. This is according to an extensive study, the results of which were published recently after ten years of research. Participants who played a specifically-designed video game almost halved their chances of developing various forms of dementia, including Alzheimer’s; subsequently, the game has been acquired by Posit Science, a US company.

The theory behind the game is to encourage the brain to gradually increase the speed at which it can process information. Posit Science chief executive Henry Mahncke explains that as with exercising any muscle, working the brain will strengthen it over time.

Brain training has been subject to a lot of criticism. The activities have not usually been subject to the same levels of testing as other medical devices and drugs; as a result, there are many less effective brain training programmes that have come onto the market. Unfortunately, the design of these products is not necessarily underpinned with the appropriate academic research.

One way in which the sector can be improved is through a greater level of regulation within the markets. Posit Science therefore plans to win approval from the US Food and Drug Administration by submitting its advanced cognitive training for independent and vital elderly (ACTIVE) study and gaining approval to begin marketing its BrainHQ products as part of the fight against dementia.

There are also plans for more research in support of another product that the company hopes will help cancer patients suffering from the effect of ‘chemo brain’ following treatment.

Posit Science is not the only company looking to turn around the reputation of so-called brain training apps. Akili Interactive, a Boston-based company, is in the process of developing a range of video games aimed at treating various neurological conditions. Project Evo is aimed at children with ADHD and it is hoped that the programme will help users to learn how to prioritise information and cope better. More research is required in all areas, of course, but companies such as http://www.gandlscientific.com/contract-research-organization/, a contract research organization, will definitely be busy as more organisations look to non-drug solutions to various conditions.

If successful, the idea that a video game could potentially replace drug therapy for a whole range of disorders is revolutionary.